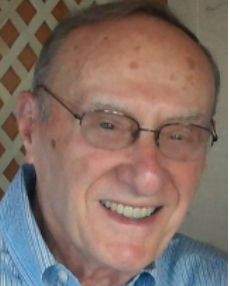 Loving husband, father and grandfather Joseph Anthony Masino, 92, of New Providence passed away peacefully at his home surrounded by his family on Sunday, Jan. 15, 2023. He was born on March 7, 1930 to Leonardo and Lucrezia, nee Scioscia, Masino. He was predeceased by his sister Angela and is survived by his sister Marie. He is also survived by Ann Masino, his wife of over 67 years; daughter Diane and her husband Doug; daughter Lisa and her husband Mark; son Michael and his wife Dolores; son Chris and his wife Lisa; his beloved grandchildren Allison and her husband Malik Mubeen; David Ranshous; Jennifer Tummarello; Marie Tummarello; Kaitlyn Tummarello; Corey Masino; Max Masino; and Ted Masino. He is also survived by 10 nieces and nephews and 14 great-nieces and nephews.

Joe was born and raised in East Orange during the Great Depression and was the proud son of Italian-born immigrants. He attended East Orange High School, joined the National Guard as a senior in high school and served for six years. As the first member of his family to attend college, he graduated with honors from the Newark College of Engineering (NJIT) with a degree in civil engineering and remained a very active and proud alumnus.

While in college, Joe attended a square dance mixer between the Newark College of Engineering and the students from Newark State Teachers College. Ann Micchelli was his “corner girl” and became the love of his life and they married in April 1955. They started their young family in Belleville where Joe was a member of the Belleville Planning Board. As the family grew, Joe and Ann moved to New Providence in 1971, where they raised their four children and were active members of the community for over 51 years.

After starting his career at RCA, Joe joined Public Service Electric & Gas where he worked for over 41 years for the gas division in planning management. Here he became well known as a technical innovator and expert for his methods for gas supply and distribution. He later went on to give lectures and teach at the American Gas Association.

Late in his career, Joe joined Toastmasters, where he not only developed and honed his speaking skills, but also became an active leader well into his retirement. Toastmasters was a great source of friendship and camaraderie, and Joe always tried to impress upon his children the importance of public speaking.​

Joe retired in 1995 and had a very active and involved retirement life which was motivated by his intellectual curiosity and love for family and friends. Joe enjoyed learning about different cultures, history, politics and the world around him. He and his wife Ann would often travel to see many wonderful places such as China, Russia, Egypt, Romania, France, England, Ireland, Scotland, Wales and, of course, Italy. He also loved American history and visiting historical landmarks and the National Parks.

Throughout his life Joe had a passion for bridge. He became an accomplished player, won several competitions and taught many aspiring enthusiasts. More importantly, bridge was a big part of his social life, and he enjoyed spending time with many friends within the community especially at the New Providence Senior Citizens Center. Even when health became a challenge, Joe could be found playing bridge online with new friends from all over the world.

As part of his goal to remain sharp, he was an active member of the Summit Old Guard, where he served as chairman of the bridge committee and was active on many other committees. Recently in December, Joe was presented with the “Unsung Hero” award for all his contributions to the organization over the last 20 years.

A lot of people talk about the importance of family. Joe didn’t just talk, he lived it. Joe loved spending time with his entire family: attending kid’s sports events, enjoying special family moments like birthdays, weddings, communions, Bar Mitzvahs, graduations and other important life events. He was very proud of his family and enjoyed getting everyone together whether that be around the holidays or the annual family trip to Long Beach Island. It is here where Joe was happiest spending time with his family, enjoying great meals together or fishing and crabbing in the bay. All of Joe’s grandchildren always cleared their calendars to make sure they could be there through high school, college, starting new careers and relocating across the country. He enjoyed watching them grow up over the years and become productive and accomplished in their lives and continue the family traditions for generations to come. As a person very fond of reciting poetry and famous quotes, he would raise a glass of wine or perhaps one of his favorite cordials and quote from the movie “Moonstruck” and say, “Saluto a la Famiglia!”

A period of visitation with the family will be held from noon to 3 p.m., Saturday, Jan. 28, 2023 at The Paul Ippolito Funeral Home, 646 Springfield Ave, Berkeley Heights, followed by a service at 3PM at the same location. Those wishing to remember Joe are encouraged to contribute in his name to the Community Service Association of New Providence (https://www.csanewprovidence.org).