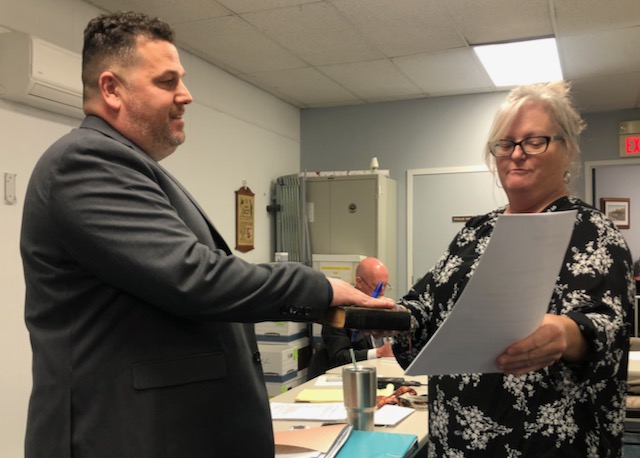 Keith Ramos was re-elected as Frelinghuysen mayor by his fellow Township Committee members at the Jan. 3 reorganization meeting.

Committeeman Chris Stracco was elected for another term as deputy mayor.

During his previous term as mayor and committee member, Ramos said launching the township fire department and getting high-speed internet access increased to 90% of residences were among the accomplishments he’s most proud of.

“We started out at 3%,” Ramos said of the internet access. “Now we’re at about 90% connectivity, so we’re pretty close to having our whole town connected. And there will be a level of redundancy.”

Even before the pandemic, Ramos said, high-speed internet should have been considered infrastructure in the way electric and water services are.

In addition, he pointed out, with remote-work arrangements becoming the norm in many businesses, high-speed internet puts rural communities such as Frelinghuysen on a level playing field with suburban and city work environments.

Ramos said he is also pleased that the township budget has been balanced the past three years, with an average tax reduction of $500 two years ago and a modest average increase of $12 last year.

One ongoing issue he would like to see is more participation from residents in Frelinghuysen’s governance. All Township Committee regular meetings are open to the public. Ramos said he encourages townspeople to keep up to date with the township website at www.Frelinghuysen-nj.us.