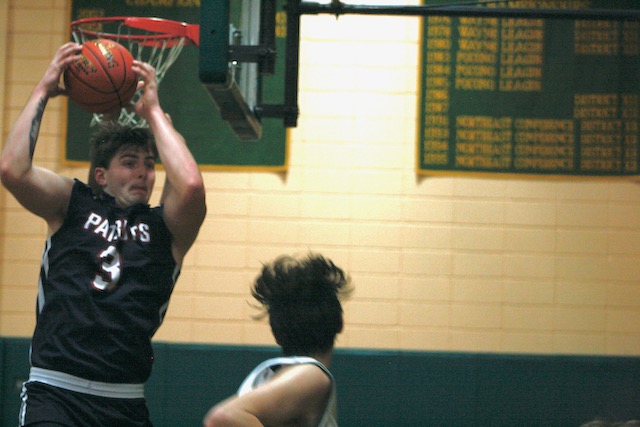 “We have to finish games. We didn’t finish this one,” he said. “We let them speed us up. We didn’t run our offense, and this is what happens.”

The Patriots led through most of the game taking a four-point edge into the fourth quarter. But North Warren could score only four additional fourth-quarter points against Notre Dame’s 13.

“We executed for three quarters in this game,” Steingall said. “We didn’t execute in the fourth quarter. That’s when you need to.”

Steingall gave the credit to Notre Dame, saying they didn’t give up.

“They came back and never quit,” Steingall said. “We didn’t do ourselves any favors tonight.”

North Warren’s next game is Jan. 17 against High Point at 7 p.m.