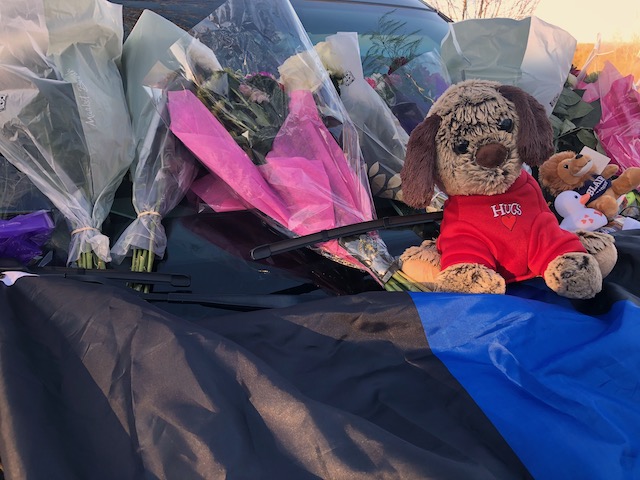 Caster was surrounded by his family, which included his partner, Cpl. Richard Herzer.

“Caster will be greatly missed by our department and the people he worked and served alongside,” police said in a statement.

A graduate of the Union County Sheriff’s Office Canine Training Academy for Narcotics Detection and Patrol where he trained with Cpl. Herzer, Caster arrived in Blairstown in 2018.

Caster is credited with many accomplishments with the Blairstown Township Police Department including drug investigations, tracking and searches.

A Belgian Malinois, Castor was a key component in the police department’s expansion of resources in 2018. Along with the K-9 unit, the department added two officers and extended coverage hours.

“In addition to routine law enforcement efforts, the police department is working multiple fronts to combat the opioid epidemic,” said Chief Scott Johnsen. “The department is building close relationships with students, educators and administrators at local schools so that our youngest citizens recognize the role of our police officers as trusted allies in protecting our community.”

A memorial for Caster has been established on the front lawn of the municipal building for anyone who wishes to leave flowers and pay their final respects to Caster.

Alice May Erd, 97, passed peacefully away in the...