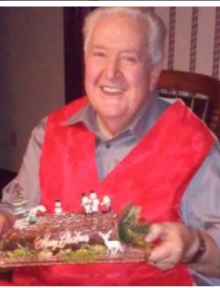 Conversation, food and sharing experiences were what Daniel enjoyed most about life. Being able to share his food with people and the enjoyment he would get out of it meant the world to him. He worked with his hands, building things but also to create dishes cooking and baking. He enjoyed going on cruises, singing and entertaining as a whole. Daniel was known to be an extremely sharp dresser.

He is survived by his wife of 64 1/2 years, Genevieve; two daughters, Marie Christine Tomasko (Rick) and Chantal Bianchi (Mark); grandchildren Brian Tomasko, Lauren Majeske (Robert), Alex Bianchi (May), Nicholas Bianchi; and his great-grandson Cameron Tomasko. He is also survived by his sister Ginette Dimiceli. He was predeceased by a grandson, Mark Tomasko.

In lieu of flowers, the family would prefer donations in Daniel’s name to St. Jude Research for Children, 501 St. Jude Place, Memphis, TN 38105.