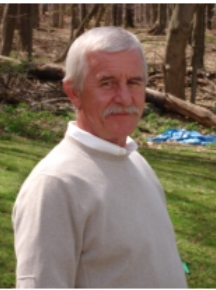 Bogdan Tomaszewski, 69, of Easton, Pennsylvania, passed away on Jan. 8, 2023 after a recurrence of colon cancer. Bogdan was born on April 27, 1953 to Jadwiga and Jozef Tomaszewski in Ketrzyn, Poland.

Throughout his life, Bogdan had an entrepreneurial spirit, from his adventures in working abroad in Greece, Germany and Sweden, starting his own transportation business, to moving to the United States in 1994 to start a new life and provide opportunities for his children. He loved the water, especially lakes where he spent many summers with his family in the Mazury region of Poland. In his youth, he liked to sail and was a diver. Bogdan liked working with his hands, sculpting things when he was younger, building and renovating furniture and fixing cars. He was an avid gardener and loved spending his afternoons after work in the garden growing both veggies and flowers. Bogdan loved dogs and had many throughout his life, but said Mika was his favorite.

Bogdan was predeceased by his parents and his brother Andrzej. He is survived by his daughter, Gosia, of Boston, Massachusetts; his son, Bartek, of East Stroudsburg, Pennsylvania; daughter-in-law Asia; his ex-wife, Halina; grandchildren Oli, Mila and Olaf; and his brother, Wiesiek, of Poland.

Celebration of life will be held in the spring closer to his 70th birthday. More traditional services and funeral will be held in Poland in the summer. In lieu of flowers, the family requests donations be made to the Colon Cancer Foundation or to National Institute on Alcohol Abuse and Alcoholism.