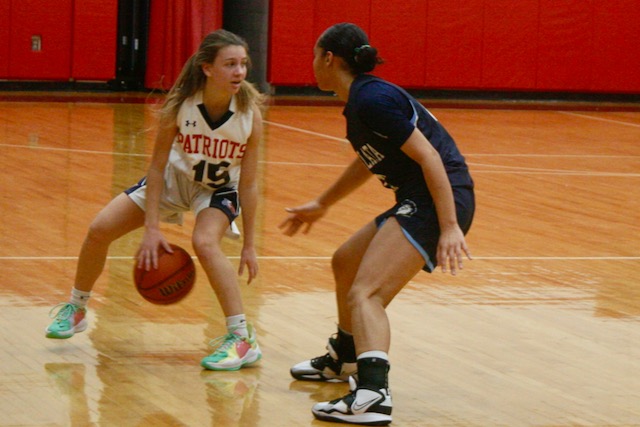 The North Warren girls basketball team was beaten soundly by Immaculata during the Belvidere Tournament Dec. 27, and came to within a point of victory Dec. 30 with a strong fourth quarter against Delaware Valley.

The Patriots started strong against Immaculata, outscoring them 18-17 in the first quarter. But Immaculata took back the game for the next three periods with North Warren able to muster just seven points in the second half.

“Their size just got by us,” head coach Jill Masker said after the Immaculata game. “But we had a really good first half.”

Immaculata pounded North Warren with eight three-point shots, hitting nine unanswered points in the third quarter. Then a streak of fouls against the Patriots kept them from getting any kind of rally going in the second half.

“In the second-half, we got in a little bit of foul trouble,” Masker said. “That hurt us. It’s a little inexperience, but we’re getting there, we’re getting better.”

Karissa Shaffer scored 13 points for the Patriots, with Kirin May putting up 11. In the Delaware Valley contest, Shaelin May led North Warren with 11 points.