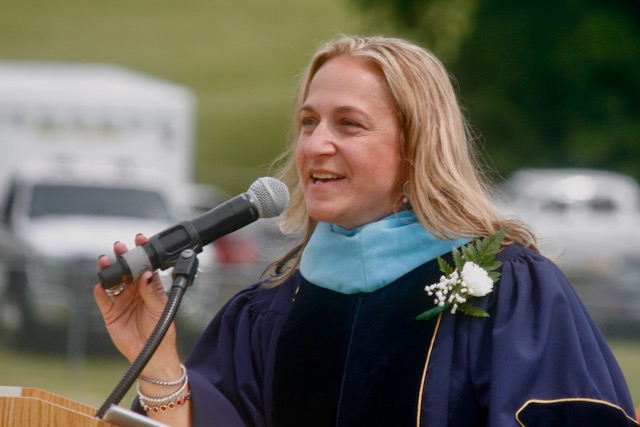 North Warren Regional School District Jeanene Dutt has been chosen for the high-profile keynote speaker’s role at the National Conference on Education in San Antonio this February.

Taylor Casey, vice president of the North Warren Board of Education, announced Dutt’s selection at the Dec. 12 school board meeting.

“Out of the many, many superintendents across the United States, Jeanene has been chosen,” said Casey.

Casey, who learned of the appointment through state school board associates, said Dutt was initially modest about the prestigious role.

“She did not want to share this, but I asked her permission, and she said I could,” Casey said. “I think that this is incredible honor. I think that it brings awesome light to North Warren and deserves to be highlighted.”

Founded in 1866 as the National Association of School Superintendents and now formally known as ASSA: The School Superintendents Organization, it is a professional advocacy group that has 13,000 school administrators from the United States and around the world. The February conference includes round tables and discussion groups.

Dutt was named superintendent of North Warren this past November, having been named interim superintendent in May. She was principal of North Warren Regional High School for five years before that. Previously, Dutt was principal at Lopatcong Middle School after serving 14 years as a teacher in Phillipsburg. She earned her doctorate in education from Centenary University in 2019.

In addition, Casey said Carrie Norcross-Murphy, principal of the high school, and Jeff Louw, director of instructional technology, have been invited to make presentations at a school conference in Atlantic City in January.

“We’re very excited for them, too,” Casey said. “All this public positivity for North Warren does our school very proud and I wanted to let everybody know.”