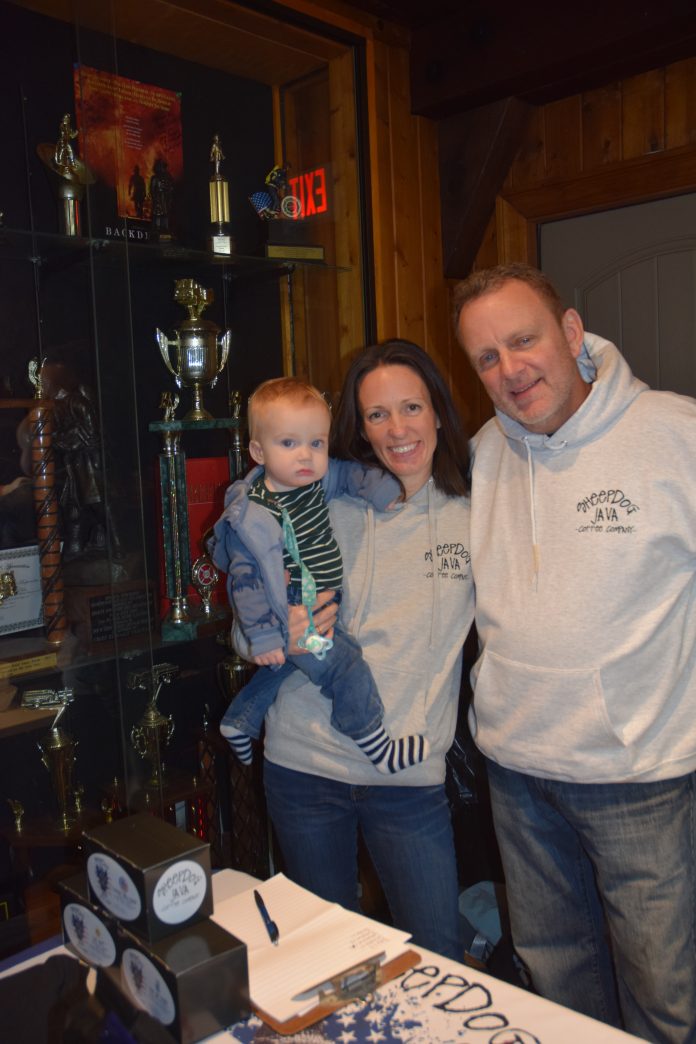 Santa arrived in Stillwater on December 11th, much to the delight of all. Families had
the opportunity to take their Christmas photos with Santa. The Volunteers of The Stillwater Area Volunteer Fire Company were out in record numbers putting together a lovely event.

According to Bob Wolff of Hardwick, a volunteer with the fire company for the past 38 years, he estimated they had about 250 visitors to breakfast with the Big Guy’ as was evidenced by the dishes he washed.

He also said the fire company is now called the Stillwater Volunteer Fire & Rescue Department because they absorbed two ambulances and respond to those emergencies.

The Stillwater fire company, now with about 50+ members, has held Breakfast with Santa at their A-frame chalet-style fire house for about 30 years.

The upstairs dining area has polished wood floors, a stone fireplace and full bar with adjacent kitchen. It is a favorite of residents and that was clearly seen by the filled tables that took over their Firehouse. Photos with Santa were taken in front of a giant fresh-cut tree that reached to the 2nd floor, or about 12 feet.

Serving Stillwater and surrounding towns as well, fire company volunteers hailing from as far away as Ogdensburg, responded to nearly 700 calls in 2022, or about two per day, said Wolff. These volunteer firefighters put service to others ahead of their own daily wants, because at any moment they may be called to duty and that duty may very well save someone’s life.

The flow of the crew manning the event was flawless, working as a tight machine. This was perhaps due to the nature of what they represent in the community and their selfless nature of volunteerism.

The team put on their best to serve the community the breakfast weekend in a more holiday inspired way. The kitchen crew worked hard on cooking a delightful traditional pancake breakfast.

Fluffy pancakes and sausage were served with orange juice. Coffee was donated and prepared by local coffee roasters, Sheepdog Java Coffee Company, of Stillwater. Mixed breakfast cocktails were available, to those who preferred something a bit more celebratory.

Whether it was a meeting with Santa, or a belly filled with delicious food, something beautiful and genuine always occurs when community members come together to celebrate. It gives the chance for people to meet and visit with old and new friends they never knew they would meet.

To learn more about the Stillwater fire company and to get involved please visit their Facebook page at https://www.facebook.com/SAVFCO. Emails can be directed to stillwaterfire@yahoo.com