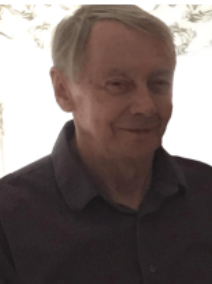 Robert N. Peterson, of Blairstown, passed away peacefully at home on Sunday, December 11, 2022. Robert was born on February 28, 1942, to the late Carl N. and Ruby (Glover) Peterson in Staten Island, NY. He lived there for most of his life before moving to Blairstown in 2005.

Robert held the position of Director of Computer Operations for three separate companies during his career, Dun & Bradstreet, Bestware, and Xerox Corporation. He enjoyed following politics, playing chess, and doing work around the house. His biggest passion in life was being with his family, including watching his two grandsons play baseball.

Robert was predeceased by Georgia, his loving wife of 57 years. He is survived by his son, Robert C. Peterson and his wife Leslie, daughter Suzanne C. Peterson, two grandsons, Ryan and Justin, a sister-in-law Carol, two nieces and a nephew.

In lieu of flowers, donations may be made in Robert’s memory to the American Cancer Society, 7 Ridgedale Ave., Cedar Knolls, NJ 07927.