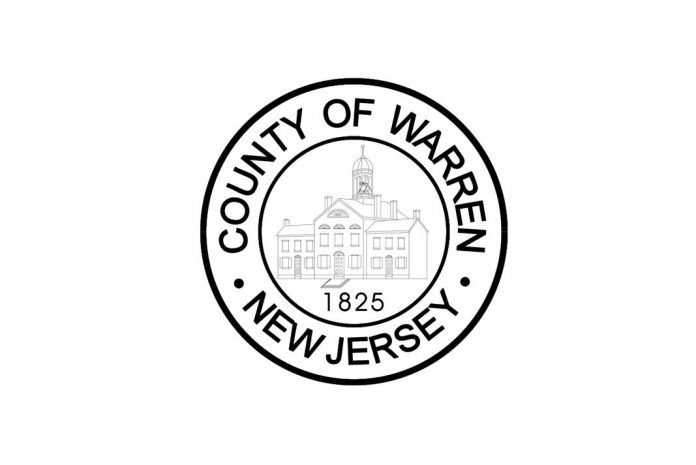 The Warren County Board of County Commissioners awarded four grants totaling $541,976 that were recommended by the 12-member Municipal and Charitable Conservancy Trust Fund Committee (MCCTFC).

The grants are funded through the County’s Open Space Trust, which is supported by a voter-approved dedicated tax. Since the program began, 162 grants have now assisted local historic and open space projects in each of Warren County’s 22 municipalities.

“I want to thank the applicants for all of their hard work and the Committee members for generously volunteering their time to review the applications, visit the sites and thoughtfully consider the merits of each.” said Corey Tierney, Director of Land Preservation. “I also want to thank the County Commissioners for continuing to support this program. Warren County boasts so many great historic treasures – it’s wonderful to see our community restoring these sites.”

The commissioners, who gave unanimous support to the funding recommendations, all spoke in favor of the county’s preservation efforts.

“As we continue to support historic preservation in Warren County, we strive to make sure we have a program that is useful to the public,” Commissioner Director Jason J. Sarnoski said, adding, “We will continue to monitor these projects closely to make sure the county tax dollars allocated to these structures are spent in the most beneficial and efficient way.”

“Many thanks to Corey Tierney and the MCCTFC members for helping us preserve the history of Warren County through this grant program,” County Commissioner Lori Ciesla remarked, adding, “Our preservation efforts are what keep this county beautiful.”

“In each corner of Warren County, there are incredible sites to explore,” Kern added. “Thanks to the work of many organizations and volunteers, these projects remain fantastic places to visit. I encourage residents and visitors alike to visit these gems!”

The following projects have been approved:

·       $43,700 for the continued restoration of the Belvidere Scout Home. Work on the Scout Home will include HVAC and electrical upgrades, interior repairs, and carpentry work.

Constructed on the property of one of Belvidere’s mills in 1876, the structure has been used since 1939 as a Scout Home and is one of just a handful left in the country. Now owned by the Town of Belvidere, the building provides a friendly and secure meeting place for local organizations including the Belvidere Scout Troop 141 (which was chartered in March 1912 and is coincidentally celebrating its 110th anniversary this year), Cub Scout Pack, all Girl Scouts levels, and Lions Club. Incorporated as a town in 1845, today Belvidere’s charming historic district includes 260 buildings, the majority of which date from the nineteenth century and are constructed in the Victorian architectural style.

The 1773 Moravian Log Tavern once stood on the site of the current Hope Community Center. Predating the American Revolution, the Tavern provided food and lodging for travelers along the major stagecoach route to Kingston, New York. On a journey from Philadelphia to his winter headquarters in Newburgh, New York, George Washington dined at the Tavern in July of 1782 with some of his soldiers and Moravian Bishop John Ettwein. Sixty years later the Tavern was lost in a fire and in 1841 the Christian Church was constructed on the site. Today, the stone church structure is used as the primary community gathering place for the Township of Hope, a picturesque and architecturally exquisite village originally settled by Moravians in 1769.

·       $147,670 to complete reconstruction of the Riegelsville Station. Work on the Station will include masonry, carpentry, electrical, and finishes.

Chartered in 1836, the Belvidere Railroad was built to connect Trenton to Belvidere. Connecting communities along the Delaware River, the new railroad had the ability to move people and goods more efficiently than early roads and canals, quickly leading to the development and growth of many towns along the river. A depot station was opened for both freight and passenger service in the river village of Riegelsville on December 5, 1853. Constructed in a board-and-batten style that included Dutch Cap Moldings decorating the windows and doors, the Riegelsville Station served as a center of the local and regional community for 116 years before being lost to fire in 1969. Once completed, the Station will operate as a stop along the Delaware River Railroad Excursions, one of the state’s most popular heritage tourism attractions, which serves more than 100,000 riders per year.

·       $250,836 to restore and renovate the Asbury Mill. The project will primarily entail constructing an addition on the west elevation of the Mill in order to house an elevator. This work will include masonry, metalwork, carpentry, mechanical, electrical, and finishes.

Erected as a water-powered grist mill in 1863, the stuccoed-stone gambrel-roofed building was converted to the production of graphite in 1895 by Harry M. Riddle, founder of Asbury Graphite Mills, Inc. whose modern production facilities stand directly across the Musconetcong River. The Mill remained in use into the 1970s, well after most graphite processing was moved across the river in what is now Asbury Carbons.  In 1999, the Musconetcong Watershed Association (MWA) was gifted the Mill by the Riddle family with the hope of seeing it restored. A nonprofit organization formed in 1991 to protect and enhance the Musconetcong River and its related resources through educational programs, scientific research and restoration projects, the MWA will repurpose the restored Mill as an interpretive center and convening space.