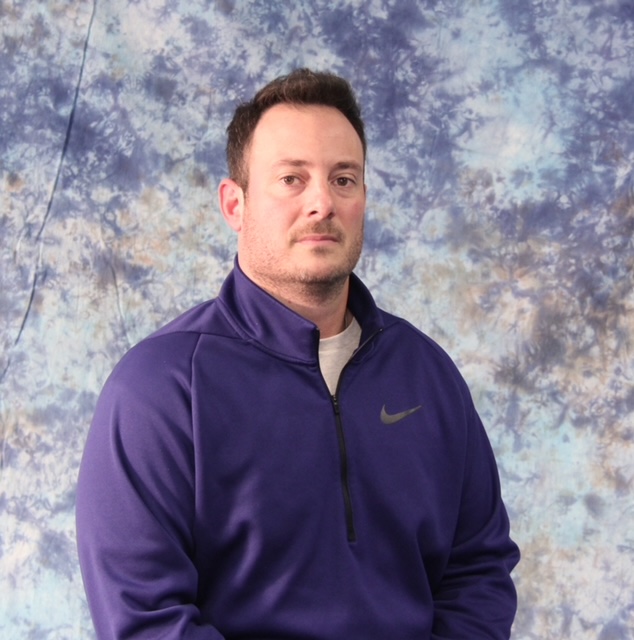 PRESS RELASE: NEWTON (Dec. 5, 2022) – When the Sussex County Community College football team takes the field next fall the Skylanders will have a new head coach on the sidelines.

James Robertson may be the new coach, but he’s not new for those familiar with the team. This past season he was the squad’s Defensive Coordinator and helped the team bring home 4 wins.

“I am extremely excited and grateful to take over the football program,” said Robertson, who is replacing current coach Todd Poltersdorf. “It has been my goal since returning to football in 2019 to become a head football coach and help lead a program of young men to success on and off the field. I started my college career here at Sussex in 2003 before attending Frostburg State, where I played four years of football. I wish the College had a program then. I returned after graduating from Frostburg to enter the nursing program. I feel like something keeps bringing me back here, and I couldn’t be happier.”

Before becoming the Skylanders’ Defensive Coordinator, Robertson was an assistant at Fairleigh Dickinson University in 2021 and also coached at Blair Academy and Hanover Park High School. A 2003 High Point High School graduate, Robertson got his first taste as a coach in 2009 at Vernon Township High School. Due to a conflicting work schedule, he left coaching for several years. In 2019, new opportunities arose, and he jumped at the chance to get back on the sidelines.

“James is the perfect person for the position,” said Poltersdorf. “When our defensive coordinator left, James was the first person I called. I was always impressed with his coaching abilities. He did a phenomenal job running our defense as he is detail-oriented.”

Robertson is taking over the program still in its infancy. With Poltersdorf guiding the way, the program recruiting began in 2019. After a hiccup of a first season due to COVID, the last two years have produced 4-6 records that could have easily been winning records with a few breaks.

“The program is right on track,” said Poltersdorf. “Our goal was to be as competitive as possible within four years, and we’ve done that. I am excited about the program’s direction, and James is the guy to lead the way.”

“The program has only played two full seasons,” stated Robertson. “We’re still growing. However, to be able to come in as the head coach in a fairly new program that has improved each year, I feel we are trending in the right direction. I’m most excited to get another year with these guys. The improvement we saw from the beginning of camp to the last game of the season is impressive. We have a great group of men that I have no doubt will succeed on and off the field in the future. So many people, including myself, have high expectations for this program.”

With his first head coaching job, Robertson knows it will be challenging, but he is confident about himself and the team.

“Our number 1 goal for 2023 is to compete, on the field, in the weight room, in the classroom,” he said. “Last year, some things did not go our way, especially on the field, but our guys never

gave up. Defensively, there were a few games that got away from us where we could have shut down and cruised, but our guys kept fighting, turning out stops, and taking the ball away. I want to build on that. I want to take that to the next level. How we compete will be with our D.A.W.G. Mentality (Discipline, Attitude, Work Ethic, Grit).”

For many football players, performing at the community college level could be a step towards playing at a 4-year college, suggested Robertson.

Robertson is ready to get rolling in his new role. He noted that this spring would be the first year the football team will participate in spring football practice, ending with an intrasquad scrimmage.

“Everything in life is challenging,” he philosophized. “My father used to say, ‘if it were easy, everyone would do it.’ Of course, it helps that there is a great support staff here. I have a fantastic group of assistant coaches returning and the support of the administration at the College.”

Robertson also has a great support system at home in Randolph with his wife Lauren and pitbull Sadie! He will continue to work as a registered nurse as he builds the Sussex Football program.

To contact Coach Robertson about the football program at Sussex, email jrobertson@sussex.edu.

Registration for the spring semester is going on now. Visit sussex.edu/spring.