Phalon’s File: Traffic is Back 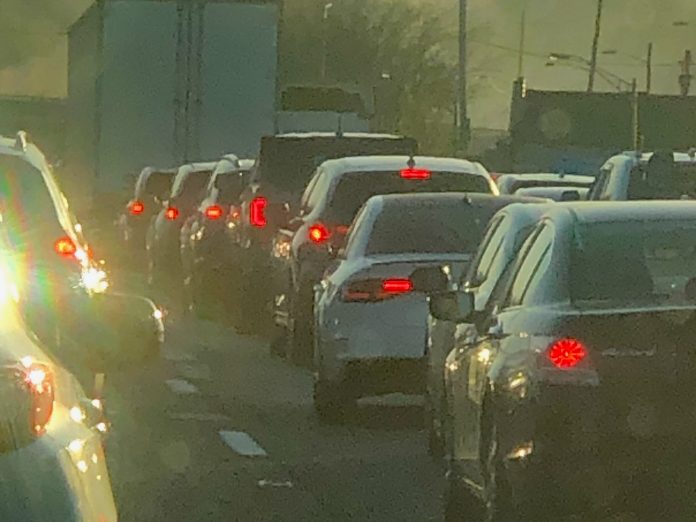 Traffic is back. It didn’t happen all at once. It kind of crept back into our lives after a pandemic hiatus. That means traffic jams are back as well. For whatever reason, I seem to have been a participant in several epic traffic jams in the past few months.

Traffic jams come in many shapes and sizes but having been on the road more than a few years now, I’ve come to recognize two basic types of traffic tie-ups, each with many subsets.

The first is the standard morning and evening rush-hour traffic jam. These are usually handled with aplomb by the people involved in them. They vary from day to day, and even morph over time, but there are routines that characterizes them.

Most of the drivers abide by the routine. They leave the house, say, 7:18 a.m., stop by the Quickie Mart for the coffee and the sprinkly donut. Exit the parking lot just in time to catch the green light for the left turn. Wave to the guy in the blue Camry, who’s there four out of five days, ahead of you. Traffic and weather reports are on the radio just about the time you hit exit 32.

Over the course of many commutes, you start to recognize other cars, people at bus stops, trucking company logos and other mobile landmarks. Bad weather or an occasional fender-bender are usually taken in stride. There aren’t too many problems that can’t be overcome because the redundancy built into the system.

Then there’s the other kind, the mega-jam, the By-the-Time-We-Get-to-Woodstock crawl. Sadly, these sometimes involve a tragic accident.

Fortunately, the jam in which I was embroiled recently did not involve injuries. Just a really big dump truck from a construction site on I-287 that overturned at a slow speed and blocked all three lanes. Our 90-minute trip turned into almost five hours. Not an exageration.

The world gets turned upside down. There’s no routine. No precedent. Even drivers accustomed to their typical morning rush are thrown into chaos in a situation like this.

In this particular jam, we moved three miles in three hours. That’s 1 mph. (I paid at least some attention in math class.) At several points we could just sit in park for an extended period. The situation started to remind me of shore trips from when I was a kid.

More than a few cars were beached on the shoulder of the Garden State Parkway, most overheated but many having run out of gas. When you’re stuck between exits with the needle teetering on “E”, anxiety runs high.

To occupy your time, you start to recognize your neighbors, noting words that can be formed with the letters in their license plates, and where the cars were purchased. But after a while you realize one lane is moving just a bit faster, and that car with the boat trailer in the right lane is now several hundred feet ahead.

We were in a dead cell zone, but we lucked out. We found ourselves right next to a bus that boasted “Free WiFi!” on the side, which allowed our phones to connect.

I thought perhaps it was meant solely for the passengers on the bus. But then why would they feature it on the outside? Just to play it safe, however, I’m not going to mention the bus line. Don’t want to be billed for airtime.