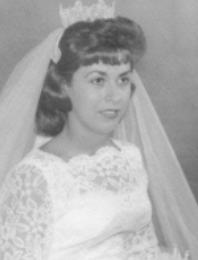 Alice Ruth Anderson, 80, a long-time resident of Blairstown, NJ, passed away in Morristown, NJ on November 19, 2022. Born on November 24, 1941, she was eldest child to the late Francis “Frank” and Elizabeth “Betty” (Dunkley) Grapes in Patterson, NJ.

Until retiring in 2006, she had been a bookkeeper for various companies while raising her family. Alice also handled bookkeeping for Charlie’s contracting business Anderson & Sons. She was a very active lady enjoying gardening, including flowers and houseplants, knitting, baking and home-making. She loved hummingbirds and butterflies, and her pets throughout the years, both cats and dogs. Alice had a sharp wit and quiet humor about her that could be missed if not paying attention. Later years for enjoyment she completed puzzles, enjoyed reading many books and watching Dallas Cowboys as well as NASCAR, her favorite driver being Denny Hamlin. She was a staple volunteering at the Knowlton Methodist Church Thrift Shop.