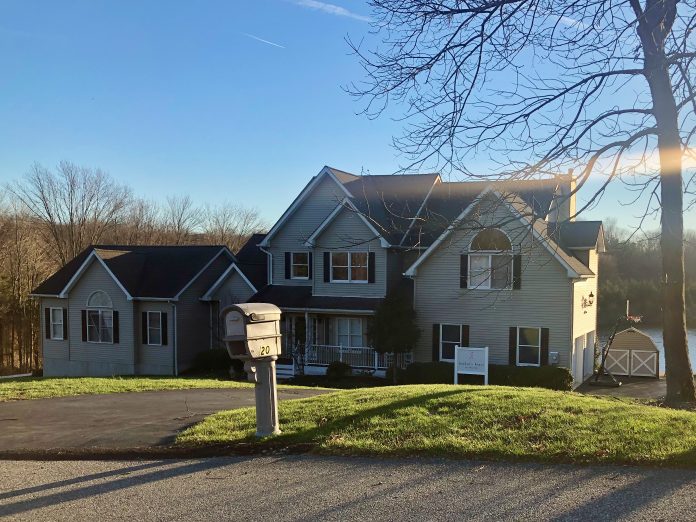 The neighbors of Hayden’s House of Healing claim there is more than healing taking place at the retreat house—founded as resource for people grieving the death of a child—such as loud get-togethers stretching into the wee hours.

Michael Tironi, the president of the Countryside Lake Property Owners Association, a homeowners’ association that includes a number of residential properties adjacent to and near the Ivan Road Hayden’s House, said the facility has morphed beyond a retreat house for grieving parents.

“Other activities are taking place, not just retreats,” Tironi said. “Board of directors meetings, volunteer planning meetings and the use of the House by sponsors.”

Tironi said those uses have included events that include alcohol that go late into the night.

“Sponsors can use the House for personal functions for specific amounts of time, depending on the money donated,” Tironi claimed. “These events would go until sometimes three or four in the morning with people mostly being outside causing a noise issue.”

Hayden’s House abuts a small lake owned by the homeowners’ association, Tironi said, which exposes the HOA to liability.

Tironi said that many of these events take place without supervision of Rob and Ady Dorsett, the founders and chief officers of Hayden’s House.

Hayden’s House had previously been issued a notice of violation for operating illegally as its core mission as a retreat house by the township and a has now been issued a court summons for failure to respond to the first notice, said township officials.

Contacted after the committee meeting, Rob Dorsett said that he is always at the house during any event. He also disputed the characterization of the retreat house morphing into a social gathering place.

“Absolutely not,” Dorsett said about the facility being used for parties although when asked about an event when neighbors came to the door to complain in the early morning hours, he did say “that got a little rowdy.”

Dorsett said he apologized to the neighbors afterward.

Several residents at the committee meeting voiced concerns over parking during events at the house. Dorsett said that the facility has a parking lot behind the house, so “at most, two or three cars are visible from the street.”

But this parking area and the driveway leading to it have created another issue for the house as township officials say it was built without the proper permits. A second notice of violation was issued for the driveway, Mayor Adele Starrs said at the committee meeting.

“A notice of violation was issued for operating in a zone that is not allowed to operate in,” Starrs said. “After that time, the parties involved were given a certain number of days to appeal. They did not appeal in that amount of time. Therefore, they were issued a summons to appear in court.”

Township attorney Leslie Parikh said an attorney representing Hayden’s House has indicated that they intend to respond to the summons and will make a formal application to the Township Land Use Board.

The issues with Hayden’s House first came to light last summer when firefighters answered an alarm at the house and observed a large number of people staying in the house.

That resulted in an investigation in which township officials raised concerns about the residential property having sufficient fire suppression, septic and parking facilities. Town officials then issued an order to cease operations until an application was made to the Board of Adjustment, which led to the first notice of violation.

Shortly after, several dozen people—many of whom had lost children and were helped through their grief by Hayden’s House—attended an Aug. 8th committee meeting and told their stories. Several committee members expressed admiration for the efforts and the work of Hayden’s House. Nonetheless, Starrs explained to the Dorsetts, who were at the Aug. 8 meeting, that they still had to go through the proper permit processes.

At the November meeting, Tironi also voiced his support of the work done by Hayden’s House but said that was a separate issue from the problems they neighbors have had with the other reported activities.

“I would like to make it clear that we as an association, have no issues with the work that Hayden’s House does for grieving parents,” Tironi said. “Their work as a retreat needs to be taking out of this equation. What they do is wonderful, but that has nothing to do with why we are here this evening.”