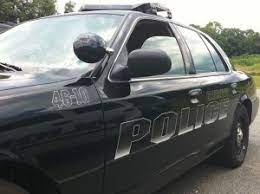 A Sussex County man was killed Saturday (Nov. 12) in an accident on Route 94 in Blairstown. James “Jimmy” Martin Jr., 53, of Andover Township, died after his motorcycle was struck by a Honda making a left turn onto Route 94 from Vail Road.

According to the Blairstown Police Department, the Pennsylvania man driving the Honda initially didn’t see the motorcycle as he attempted to make the turn, then sped up in an attempt to avoid a collision. At the same time, Martin swerved in an effort to avert a crash, but the front of the Honda struck his motorcycle, ejecting him into the air.

Police officers responding to the mid-afternoon crash found Mr. Martin about 50 feet from the crash and began life-saving efforts before transferring care to the Blairstown Ambulance Corps. Martin was airlifted by Atlantic Air One to Morristown Medical Center, where he died of his injuries.

The accident remains under investigation, according to the police, who added that Blairstown Hose Co. #1 and the state Department of Transportation also assisted at the scene.

Martin, a lifelong Sussex County resident, was an Indian motorcycle enthusiast and collector who would travel the country to attend bike weeks and motorcycle rallies, according to his obituary. He leaves behind two sons and his wife of 36 years.

According to the National Highway Traffic Safety Administration, more than 5,500 motorcyclists died in crashes in the U.S. in 2020, accounting for 14% of all traffic fatalities.

The agency says more than 40% of fatal motorcycle crashes with other vehicles involve a vehicle turning left while the motorcycle is going straight, as was the case in the Route 94 crash.

Just two days before the Blairstown incident, Michaela Johnson of Hackettstown died on her 19th birthday after her motorcycle collided with a Jeep Cherokee on Route 46 in Mount Olive in Morris County.