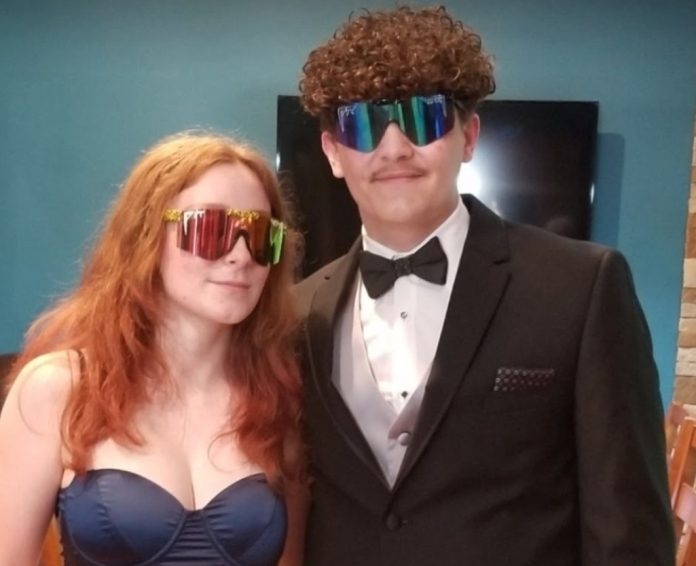 A young Knowlton woman described as a “beacon of light” died after a motor-vehicle accident on Route 94 near Frelinghuysen that was caused by a deer.

Zoey McClain, 19, was killed in the accident in Fredon after the Honda Civic driven by her boyfriend was struck head-on by a Jeep Wrangler that crossed into oncoming traffic after striking a deer, New Jersey State Police said.

Alexander Schwenke, an 18-year-old Frelinghuysen resident and McClain’s boyfriend, was driving the Honda and sustained serious injuries. He was airlifted to Morristown Medical Center.

Schwenke, who met McClain in June 2021 when the two were working at Acme in Blairstown, described her as kind and caring, and “pretty much a rock star.”

He said the couple, who had been dating for about 16 months, were on their way to Applebee’s in Newton when the accident occurred. Schwenke said the crash happened in an instant, and that the passenger side of his vehicle took the brunt of the impact.

The driver of the other vehicle, a 33-year-old Branchville man, sustained moderate injuries, NJSP said, adding that the crash remains under investigation.

McClain, who was training to be a dental hygienist, was and remains “a beacon of light for her family, friends and anyone who met her,” according to her obituary. She was a standout softball player at Nutley High School and loved to ski.

McClain and Schwenke were inseparable and were even referred to as “partners in crime” in her obituary. The duo enjoyed working on cars together, recently restoring and selling an older Chevrolet van, Schwenke said.

The accident, which NJSP said remains under investigation, occurred around 10:30 p.m. on Sunday, Nov.6, the same day the nation reset its clocks to standard time from Daylight Saving Time.

According to a recent study published in Current Biology, nighttime traffic and deer-vehicle collisions are more frequent during standard time, with collisions with deer rising by 16% in the week following the autumn clock change.

State officials also note that deer are more likely to suddenly enter roadways at this time of year during what is known as the fall rut, as bucks pursue does, increasing the risk of collisions with vehicles.

On the same evening as the Route 94 crash, a woman in Gloucester County in southern New Jersey was killed when a deer crashed through the windshield of her car, police in Franklin Township said.