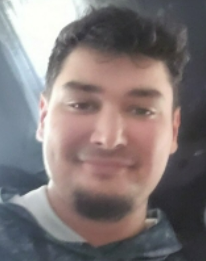 Dante Joshua Tuzzeo, 25 years of age, a resident of Sussex, NJ, passed away suddenly on November 6, 2022. at his home.  He was born on October 18.  1997 in Passaic, NJ. He graduated from Walkill Valley High School in 2014.  He was employed at various professions including as a chef, in an auto parts store, Viking Pest Control and at Yellowstone National Park .

Dante had a love for traveling the world and exploring new places throughout the United States and around the world; including Germany most recently.  He was musically inclined, playing electric guitar, drums and bass.  He was a fun- loving jokester and had a plethora of friends throughout the US and overseas.

A memorial service will be held at a later date under the direction of Newbaker Funeral Home, 200 Route 94, Blairstown, NJ 07825.