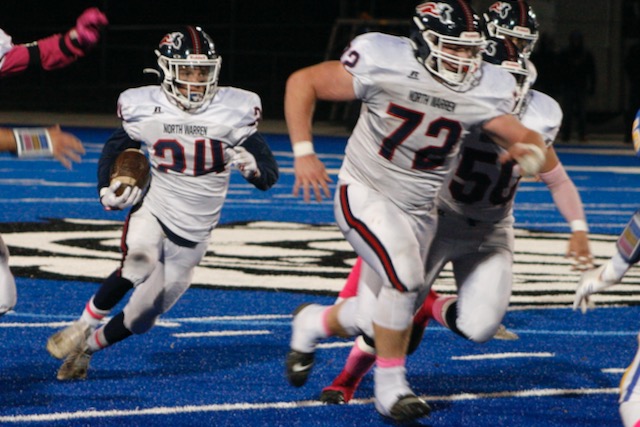 The North Warren Patriots wrapped up their first winning season in more than five years with a loss in the first round of postseason play against Butler Oct. 28. Despite the first-round elimination, Head Coach Gene Fluri said his team had a season they could all
be proud of, heading into the playoffs with a five-game winning streak.

“The team delivered from the beginning,” Fluri said. “They stuck together. But we clawed, we fought. And I expected the kids to be that way, I really did. It’s pretty emotional game for a lot of them. Some of them been together since they were 10 years old.”

As rewarding as the 2022 season was, Fluri said he knows the team has work ahead of it this year, losing 13 seniors to graduation.