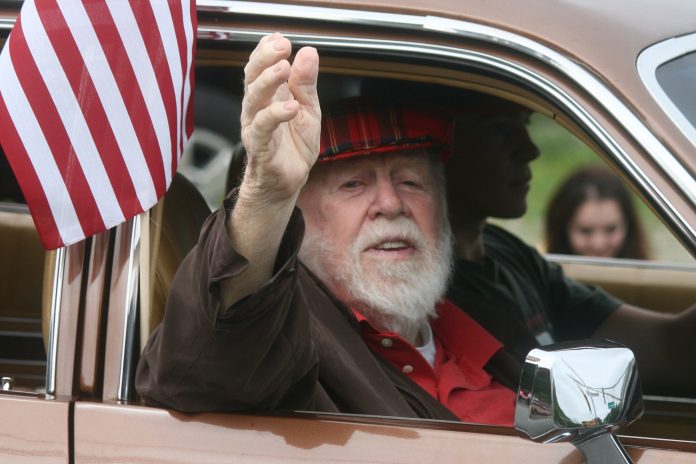 In another week we remember those who answered the call. On the 11th hour of the 11th day of the 11th month, the armistice was signed that ended The Great War, the war to end all wars.

Nov. 11 was ﬁrst known as Armistice Day, a day marked around the world to remember and honor the people who fought in World War I. It evolved into Veterans Day when, sadly, it became apparent we would need more wars to end all wars as we started to number the World Wars.

Once one of the major holidays of the year, Veterans Day seems to be recognized only by banks and government ofﬁces these days.

For me, it was actually a sitcom that provoked me to try to remember the meaning of Veterans Day. If you’re old school, you may recall two November 1978 episodes of the sitcom “WKRP in Cincinnati.” There was, of course, the classic Thanksgiving episode, still arguably the funniest half-hour of television ever produced. (“As God is my witness, I thought turkeys could ﬂy!”)

But there was another episode that aired early in that month about a vintage World War I plane that buzzed the skies above Cincinnati. The pilot was a veteran who eventually takes the station’s news reporter for a ﬂight and holds him “hostage.” His only demand: That the people of Cincinnati honk their horns in acknowledgement of Veterans Day, which had even by the late 1970s, lost too much of its meaning in the minds of too many people.

So, years later when my own kids were born, I remembered that message and began a family tradition that continues today. Every Veterans Day since they were babies, my kids have said thanks to their grandfathers for their service to their country.

My kids know Grandpa Thomas Deming served in the Army during World War II. He was awarded the Bronze Star for bravery and valor in 1945, when he drove a series of harrowing nighttime journeys over the Apennine Mountains of Italy to re-supply his unit. Behind enemy lines, he had to drive with no lights to evade capture or worse.

My dad, Grandpa Joe, joined the Air Force after he graduated Passaic Valley High School during the Korean War. He was stationed in Guam, where he repaired and refueled planes. But he did have one other job that he felt was as important as any other on that tropical island: He drove the truck that sprayed the mosquitoes and snails. “Big as dogs,” he would say.

Grandpa Thomas has since passed away, but his grandsons will always know about his service to his country. Grandpa Joe, almost 90, still has lots of stories to tell.