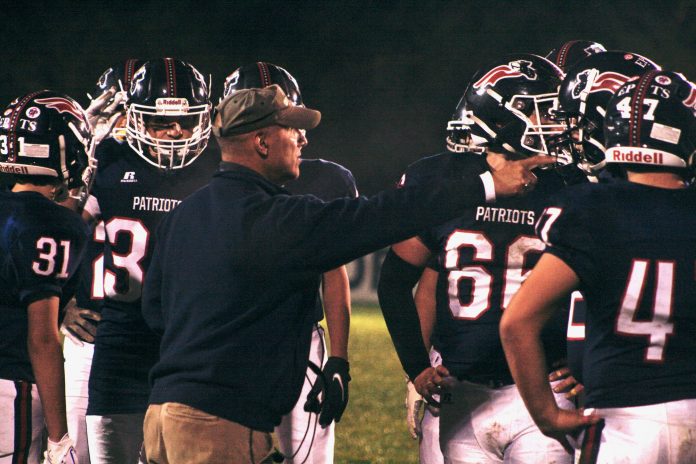 The Patriots will have their first winning season since 2015 with their 40-8 victory over
Belvidere on Oct. 14.

Unlike several final-seconds nail-biters in recent weeks, North Warren pulled out in front early and never looked back, scoring 40 unanswered points before Belvidere County Seaters scored in the closing minutes. The Pats will carry a 5-2 record into next week’s home game against Pequannock.

North Warren scored first on a 55-yard pass from quarterback Jared Van Valkenburg to Craig Shipps. After a four-and-out by the Seaters after the kickoff, Angelo Fluri scored a first-down touchdown. Fluri would rush for 54 yards and score an additional touchdown.
Alex Diaz, who had 44 yards rushing on the night, also had a touchdown, as did Aiden Elliot-Able, who rushed 25 yards.

With the win, the Patriots can reasonably start looking at postseason play.

“This is a this is a good start for the run,” Head Coach Gene Fluri said. “We’re calling it the
run.”