Frelinghuysen Vacates One Road, Keeps Another 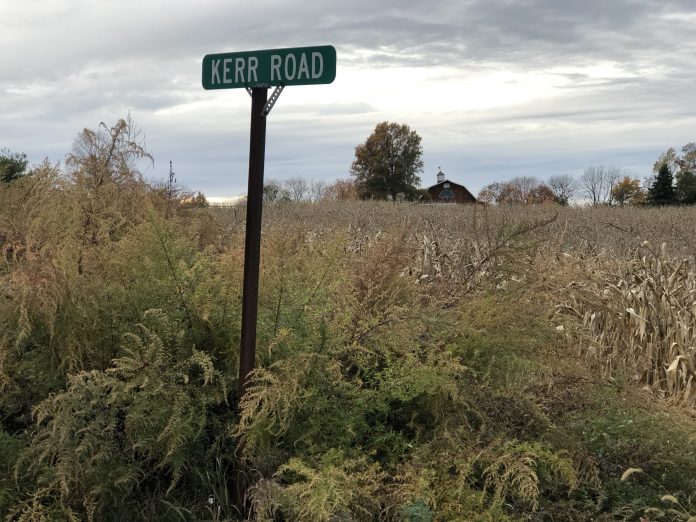 One of two local streets being considered for decommissioning at a September Township Committee meeting was cut from the Town rolls while the other remains intact.

Camp Weahqua Road, a 770-foot street off Bear Creek Road will be decommissioned, or vacated, meaning the ownership will turn over the right-of-way to the adjacent property owners, who will be responsible for any maintenance and improvements.

Kerr Road, off Route 94, will remain under Township jurisdiction.

Committee Member Todd McPeak said that from the viewpoint of the Department of Public Works, Camp Weahqua Road is difficult to service with township equipment and that frequently, trucks have to back down the road.

Camp Weahqua Road resident Mario Luciani said the Township hadn’t been plowing the road for the past few years and that people living in the three homes on the street had plowed the street the majority of the time.

Mayor Keith Ramos said it was fiscally responsible for the Township to end the maintenance of what he described as essentially a shared driveway. The vote on Camp Weahqua Road was passed 4-1 with Committee Member David Boynton voting no.

The Committee voted the opposite, 4-1 to reject an ordinance to vacate Kerr Road. In casting the lone vote for the move, McPeak voiced the same concerns he had with Weahqua Road, citing potential damage to Township DPW vehicles maintaining the unimproved roadway.

Ian Mount, who said he farms land adjacent to Kerr Road, expressed concern that access to the fields would be curtailed should the road be vacated.