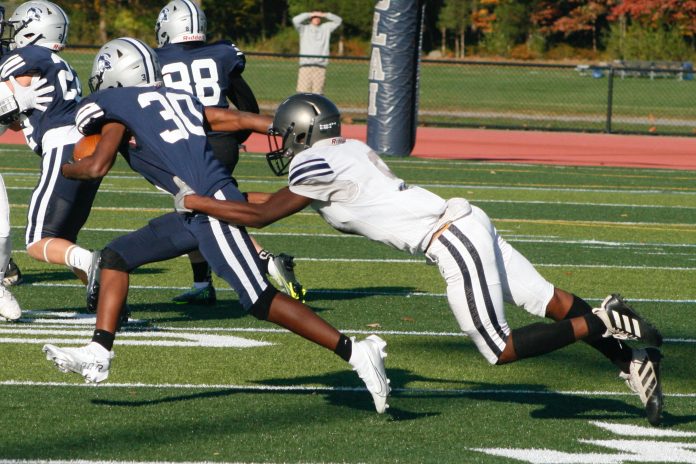 The Buccaneers dominated Capital Prep, giving up only a safety late in the fourth quarter. Though the game was punctuated by numerous miscues by both teams, Blair Head Coach Greg Bowman said a win is a win, he’ll take it.

“It wasn’t pretty, but it was a win,” Bowman said after the game. “We’ll take wins whenever we can get them, that’s for sure.”

Bowman said he was pleased with how his line played on both sides of the ball.

“We had a lot from how our line played,” he said. “It was pretty clear we controlled the line of scrimmage.”

Bowman said he was pleased with how his line has been playing all season.

“Those guys up front and they’ve been doing a good job all year, and of controlled line scrimmage. And we ran the ball hard.”

The Bucs hit the road on Oct. 22 to play the Hill School in Pottstown, Pennsylvania.