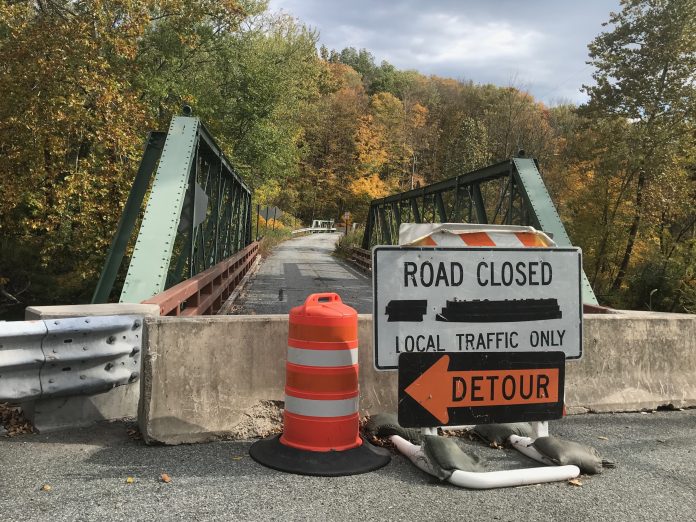 The Station Road Bridge is expected to be repaired and reopened by the end of the year, county engineers have told Knowlton Township officials.

The historic bridge was damaged last April when an 18-wheeler set out to test the validity of numerous signs saying “No Trucks” and found they were spot on. The errant truck damaged a support beam on the bridge.

After an inspection by an outside consultant, county engineers decided in August to repair the bridge themselves, said Mayor Adele Starrs. Work began in September with repairs to a retaining wall at the approach to the bridge, pouring concrete that will be covered in stone.

Other work will include repairs to the bridge abutment and to damaged posts.

“All the is being funded through insurance claims,” Starrs said.

The closure of the bridge had proven to be a headache for residents of Station Road and nearby Polkville Road, among other thoroughfares in the area. Drivers must either use West Crisman Road in Blairstown to cross the Paulins Kill River and double back along Kill Road, or get to the area from Warrington Road or Brugler Road, both of which are also circuitous.

While the work is planned to be completed by the end of 2022, Starrs cautioned that it is subject to the weather, which could push the completion date toward spring of 2023.