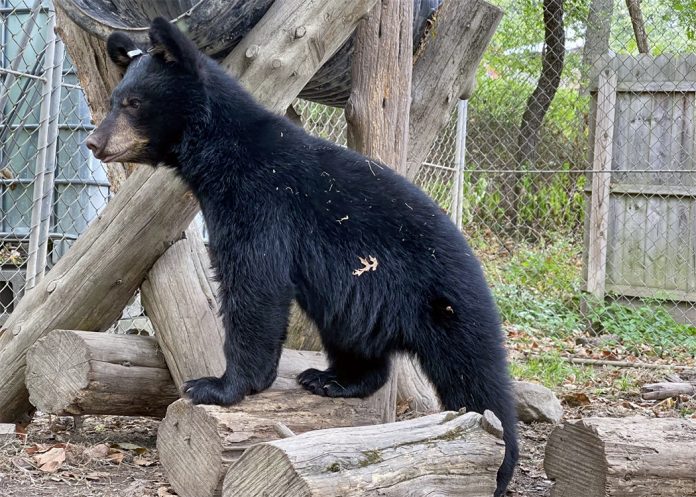 While you may occasionally be lucky enough to spot a black bear, how much do you really know about them?

There are three types of bears that inhabit north America: the black bear, the grizzly bear, and the polar bear. The polar bear lives in Canada and Alaska. Grizzly bears live in the extreme northeast, but only one type of bear resides in New Jersey, the black bear. Most encounters with a black bear are brief, often no more than seeing them scurrying away.

The reason is black bears tend to be very shy. Only when they are fed by humans, whether intentionally or not, are they likely to linger for longer periods of time. Problems with black bears generally occur when they learn to associate people with food. One should never attempt to feed a bear or leave food out for them.

Contrary to popular belief, black bears are not voracious meat eaters. While they are classified as omnivores, they are primarily vegetarian. Their diet will vary depending on the season. In spring, meals will consist of grasses, bulbs and the first plants to emerge such as skunk cabbage. As summer rolls in their intake shifts to fruits, berries, and insects including grubs, grasshoppers, ants and occasionally carrion. With the advent of autumn, black bears enter a state called hyperphagia or nearly continuous eating. Normally, a 250 lb. male bear must eat about 3000 calories a day (about 1.5 lbs. of nuts) to maintain his weight. However, during hyperphagia, they must consume at least 20,000 calories a day to put on the necessary pounds to survive the winter. It is during the fall their food sources consist of hard mast items, including acorns, beechnuts, and hickory nuts. You might also see them digging in rotted logs for grubs and other insects.

According to NJ Fish and Wildlife, “Black bears have a remarkable sense of smell. They have been documented detecting scents at more than two miles away from a food source. The area of the nasal mucous membrane in a bear’s head is 100 times larger than that in a human. Their excellent sense of smell is what sometimes leads them on a search for food in residential neighborhoods and campgrounds.” It is very important to be vigilant about securing things like bird feeders and garbage cans. Clean your barbeque and do not leave food out overnight for livestock. Bad human behavior begets bad bear behavior.

Depending on the weather, bears will start entering their dens in late October thru December. Black bears are not true hibernators like the groundhog. Instead, they enter a state of inactivity called torpor. During torpor the bear’s body temperature will drop significantly, its heartrate will decrease from approximately 50 bpm to 15 and its metabolism is reduced by about 50 percent. While in this state the bear will not defecate or urinate. Urine is reabsorbed by the kidneys and a plug of material forms in the lower colon to prevent defecation. During torpor a bear will shed its footpads and lose about 20 percent of its body weight. However, instead of sleeping through the winter like a true hibernator, a black bear can be roused and on warm days will leave the den for up to an hour or two.

There are so many things to learn and appreciate about New Jersey’s only species of bear. We encourage you to find out more.