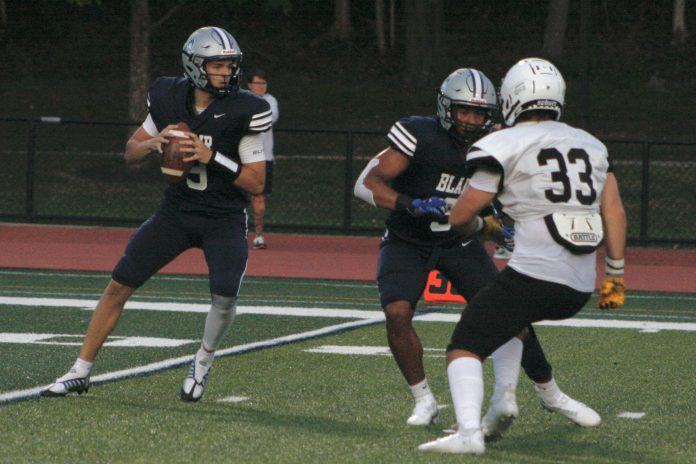 Behind the unrelenting defensive pressure of Nolan Neves, the Blair Buccaneers opened their season with a 9-6 victory against the Kiski School of Saltsburg, Pennsylvania, on their home turf Friday.

Neves sacked Kiski quarterbacks more than six times. When he was bringing down passers, his pressure resulted in several miscues, including an errant throw that Blair’s Kaleb Nelson pulled out of the air.

Friday’s non-conference game sets up a three-game road trip for the Bucs against their Pennsylvania rivals.

The next home game was Oct. 8th, when the Buccaneers square off against the Hun School of Princeton.