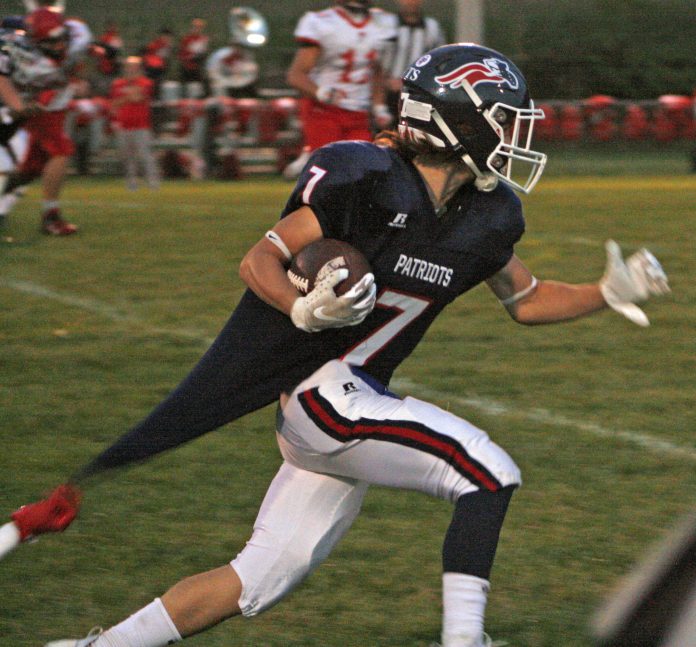 North Warren overcame a 13-0 half-time deficit to beat Parsippany High School 14-13 in the final seconds of the fourth quarter this past Friday.

The nail-biter improves the Patriots’ record to 2-1 heading into Friday’s road game at Kinnelon.

“I give a lot of credit to our team,” Head Coach Gene Fluri said after the game. “They didn’t falter. They went out there and played four quarters. I’m really proud of them. It’s a win but we’re on to next week. We can’t celebrate too long.”

A few minor adjustments were made in the locker room during halftime to work out the kinks that had prevented the Patriots closing the deal several times in a first, having been half-strewn with penalties and miscues.

With a 0-0 third quarter, the Patriots opened the fourth and made steady progress across Redhawk territory with rushing by Angelo Fluri. On third down and six, Fluri stormed 25 yards for a touchdown.

After a quick four-and-out by Parsippany, the North Warren quarterback Jared Van Valkenburg connected with Anthony Klecka for a five-yard touchdown pass. This time the deal was sealed the extra point.