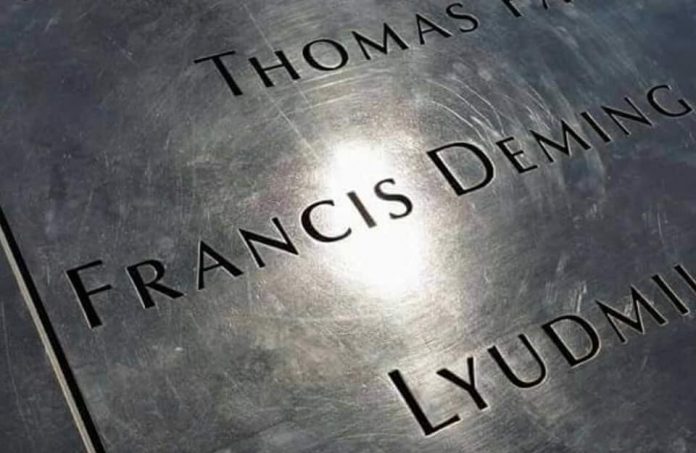 September 12 is a day we look forward to here at Stately Phalon Manor. It’s a day of relief from the constant reminders leading up to and including September 11. Most people have their recollections of that day. My memories go pretty far back.

Working around the corner, I watched the second 1 WTC rise in much the same way as a kid I saw its predecessor reach toward the sky. The Empire State Building and the Chrysler Building were great monuments to engineering, but they belonged to an earlier generation. The World Trade Center belonged to me.

I frequently persuaded my dad, who worked nearby, to take me for up-close looks at the building’s progress. In 1971, there were no security checkpoints, no metal detectors, nothing more than an occasional “Caution” sign.

During one visit, a construction foreman noticed my father and me looking around in the partially completed lobby of Tower 1. We expected him to kick us out. Instead, he asked if we’d like to see more.

He brought us to an elevator, closed the gate of the open-air car, and whisked us up about 80 stories. We emerged on a floor wide open to the outside as the winds from the sea roared across the bare steel and concrete. It was dizzying. Our impromptu guide beamed with pride as he showed us around. It was a day that was indelibly etched in my memory.

Thirty years later I was just a few thousand feet away as I watched that very tower collapse into a cloud of toxic yellow dust in mere seconds. I had heard of people having out-of-body experiences, and in that moment I had one. I could literally see myself with my hands gripping the sides of my head yelling to others “Did you see it? Did you see it?”. A woman standing next to me simply collapsed from shock and grief. We had witnessed with our own eyes the deaths of thousands of people.

I knew my wife’s brother, Frank Deming, worked in that building. Of course he must have gotten out in time. But by that evening we had still not heard from him, and as the days passed, it became increasingly apparent we never would.

Rose and her brothers wanted to see what was probably their brother’s grave. At the time the police said the area was considered a crime scene and only the authorities could go in. Fair enough. But then we saw a seemingly endless parade of D-list celebrities being escorted through. Seriously? And after much unrelenting pressure from me and few other victims’ families, we would be allowed inside the still-burning site.

We were taken there by ferry, and we stepped onto the dock where I’d been countless times on my way to work. Surreal is not a strong enough word. It was an alien environment yet hauntingly familiar. It looked post-apocalyptic. In fact, it was. The trees were strewn with what had to be millions of sheets of paper. Few unshattered windows could be found in the surviving buildings.

The Winter Garden, the glass atrium where I’d seen many music programs, and where just a month earlier I had taken a photo of my boys, was smashed beyond recognition. And everywhere there was the dust. Six inches or more, covering every flat surface like a yellowish grey snow. Human DNA could be extracted from that dust.

We crossed West Street, at least where I remembered where West Street was, and what became known as “The Pile” spread out before us seemingly for miles. No photographs could convey the sheer magnitude of the destruction and loss of life we could see — and feel — in that place. But that was not what I took away. Perhaps the carnage was just too much to process.

The image that seared itself in my memory was that of a worker at the site. He was right out of central casting, wearing soiled Carhart overalls and a blue hardhat. When the group of family members I was with passed him, he paused, bowed his head, and held his hardhat over his heart. A tear rolled down his red cheek.

I flashed back to the day 30 years earlier, and recalled the absolute pride in the eyes of that man of a previous generation, and then saw the utter sorrow in the eyes of this man, charged with cleansing the gaping wound left on 9/11. I will carry those faces with me forever.