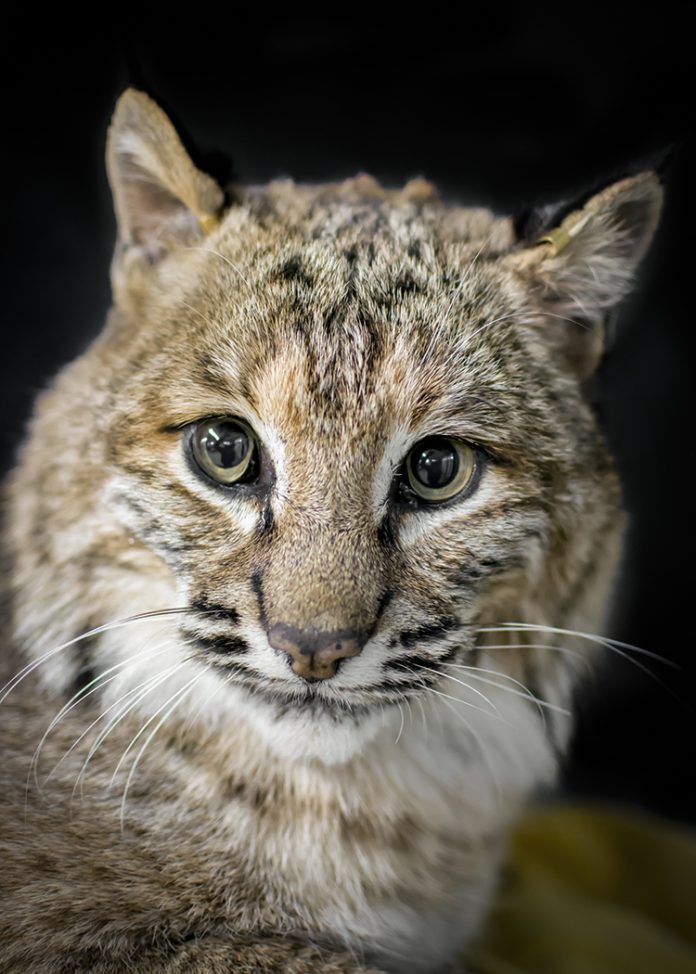 Shy and elusive, New Jersey’s only native wild cat was once considered locally extinct in the state. Today, no one knows for sure how many bobcats exist in New Jersey, but there is speculation their numbers are slowly on the rise. Still, they are at risk and remain on the state’s endangered species list.

Historically the bobcat was widespread in New Jersey occurring in every county. Soon, early settlers began trapping them for their pelts and their numbers began to dwindle. Massive deforestation at the turn of the century was particularly hard on the bobcat.

As our population grew, so did our infrastructure. Forests, streams, and open fields were replaced by highways, homes, and offices. By the 1970’s the only way one was going to see this majestic cat in New Jersey was in photos.

This story could have had a tragic ending if it were not for The NJ Division of Fish and Wildlife. From 1978 to 1982 they relocated 24 bobcats from Maine and Massachusetts to northern New Jersey. Slowly, the population began to grow, but by how much, no one has an exact answer.

Bobcats are notoriously difficult to see in the wild. Bobcats are solitary and normally only come together to mate. They are also fiercely territorial and have very wide ranges. Bobcats are crepuscular, meaning they are most active before dawn and after dusk. All these factors coupled together with their relatively small numbers, make them next to impossible to track.

However, biologists from New Jersey’s Endangered and Nongame Species Program have their ways. Employing telemetry, GPS tracking collars, a bobcat detection dog and encouraging the public to report sightings, the ENSP does their best to monitor the growing population.

Today, the threat to the NJ bobcat does not come from hunting or trapping. The primary risk comes from automobiles. Cars are the leading cause of death for bobcats in New Jersey. Between 2007 and 2016, 47 bobcats were killed on the roads. In 2019 alone, 15 bobcats were killed buy automobile impact, the highest number ever recorded.

According to the NJ DEP, “The threat from habitat loss and fragmentation, changes in land use, the existence of barriers to free movement between suitable habitats and automobile collisions on our busy and abundant roadways will likely limit the growth of NJ’s bobcat population unless we can effectively reconnect areas of suitable habitat and enable them to move safely through the landscape.”

So, the question remains; “What can we do to help?” Thankfully there are several answers.

You can also show your support to everyone by purchasing a conserve wildlife license plate. For information on this program click here: NJDEP| Fish & Wildlife | Conserve Wildlife License Plates

Together, we can help protect the bobcat and help ensure people in New Jersey can enjoy the thrill of seeing one in the wild for generations to come.