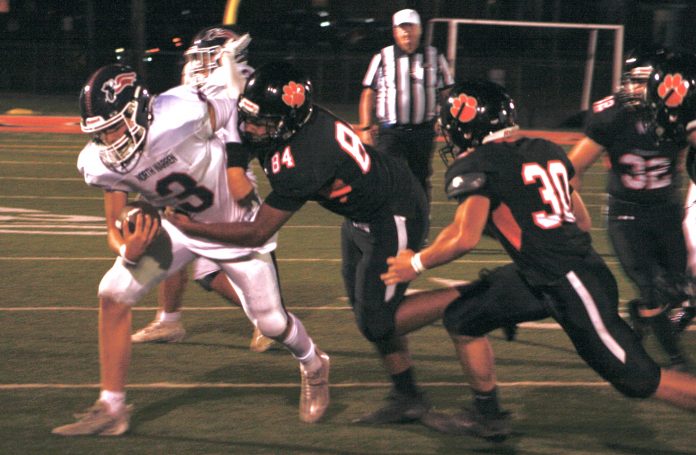 With a 28-7 loss Friday to Hackettstown, the North Warren Patriots evened their record at 1-1, but Head Coach Gene Fluri is optimistic as the season unfolds.

“I think our kids played really well tonight,” Fluri said. “We have to take a look at the film. We still have some miscues we need to work on.”

After last week’s 20-0 rout of Whippany Park the previous week, this past Friday’s game against at Hackettstown revealed some weaknesses in the Patriots’ offense.

“We came out here pretty good and had a good first stop,” Fluri said. “We got in their red zone, but you have to put in it. You have to punch through, and you can’t make mistakes.”

A spate of injuries, particularly in the second half, also put the Patriots in a disadvantage. But looking ahead, Fluri said his team will work on the miscues.

“We have some very good players,” Fluri said. “We’re going to regroup for next week so the kids have chance to come back. It’s a long season, and everybody knows you just don’t roll into the next game.”