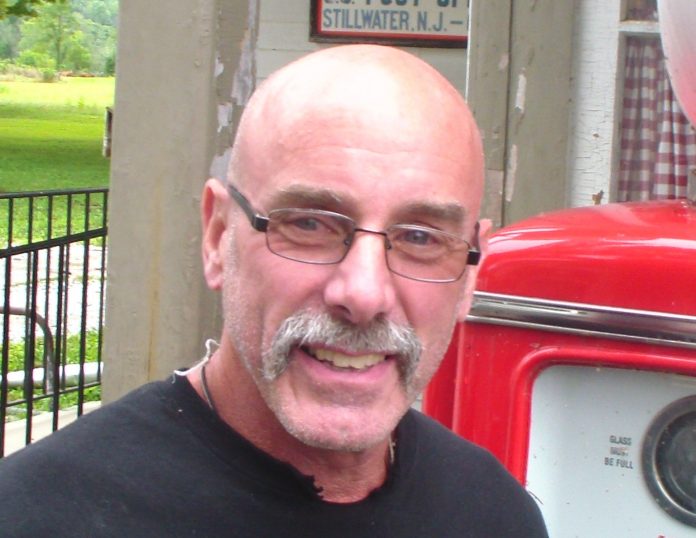 Meet Dean Voris, local historian and owner of Garris’ General Store located at 912 Main Street, Stillwater. Voris is a retired New Jersey State Police Officer and his family has lived in Stillwater for the past 40 years. His family includes six grandchildren who he spends much time with.

“I never intended to run this store, but I was good friends with Deloris and George Garris and I wanted to restore and preserve the history of the Garris’ General Store and then move on.” Voris states.

Garris’ serves breakfast, lunch and dinner, there is a deli, hard ice cream, baked goods, milk and cheese from a local creamery. The store no longer sells gasoline, but the beautiful iconic Texaco pump still remains as a marker of the past.

There is a working post office inside the store where some Stillwater residents still pick up their mail. A lively place where customers are encouraged to sit and talk, where everyone knows your name.

“I repurposed what I could, for example the tin sealing from the store is now on the wall under the window. The wood on the tables, counters and shelving are American chestnut, this tree became extinct in 1910” Voris explained.

There is a small gun in a glass frame displayed on the wall. The gun was given to Voris by a customer. On November 14, 1924, a man went into the store and asked for change of a quarter. When the register was opened the man pulled out his gun to rob the store. Garris’s daughter, Violla pulled out her tinny gun and the robber ran leaving the quarter on the counter.

Voris opened the store in January of 2020. Unexpectantly ffor all that March, the Pandemic happened. All non- essential businesses were restricted.

With time on his hands, he recalled when he was a New Jersey State Police Officer working at 911. “We were so busy with the disaster, every minute was crucial, with no time to shop for food. Some volunteers brought us food, it got me thinking, time to repay the favor.” Voris recalled.

A few concerned Stillwater woman decided to help. Garris’ made meals, delivering them to the hospital to feed health care workers. “We made and delivered 1650 meals from March to June.

We are raising money for a sick boy now, stop by or check out our Facebook page if you would like to help.” Voris exclaimed.

Some history on the store –

George D. Garris, a 2nd cavalryman of the Union army fought in the Civil War. After the war he settled in Stillwater. In 1871, George and his father built the general store using George’s mustering out money. Mustering out money is a term for the money given to the solders when their duty was over. George handed the store down to his son and then Harold and Deloris Garris.

Since then, four other proprietors owned the general store before Voris purchased the property in 2016.

Letting go to let it shine –

“Garris’ General Store has so much potential and I think I was supposed to restore this Old World general store to its original charm and then move on. There is so much history here and now let someone else with the enthusiasm and drive to take this store to the next level.” Voris said enthusiastically.