INTERESTING FOLKS: Jeremy Brecher of Hardwick – An Artist with a Passion for Music & Photography Who’s Filled his Life with Meaning. 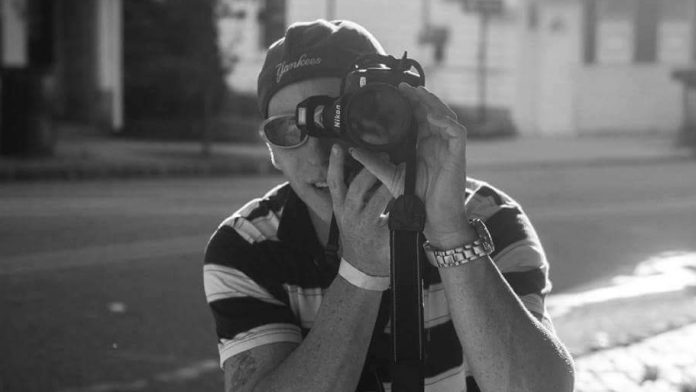 Jeremy Brecher, a Hardwick resident, is known for his love of music and photography. His art showcases the personality and the beauty of the rhythmic performance. His portraits and still life scenes are an intimate glimpse of his world. He calls himself a starving artist, but his art satisfies his thirst for creativity and sustains his body, mind and soul.

“Hey Now can mean just about anything, it depends how you say it. It can be said cheerfully or invoke any mood, just like my photography.” Brecher explained.

He’s the house photographer of so many music venues. Most recently he spent a week at the Warren County Fair’s Performing Arts Tent.

Brecher has been passionately following the music scene throughout New Jersey and New York for nine years. His photographs are glimpses in time, check out all the performers and models he so artfully captures on film.

His series of vintage cars and tractors needs to be seen. Next year, he is planning a surprise event to celebrate his 10th year of “Hey Now Photography.” Tune in to his social media pages for more details.

“After my home was foreclosed on and my marriage of 10 years fell apart, I was wallowing in despair. Still friends with my ex-wife, she encouraged me to make some new friends, and get out of my funk.” Brecher stated.

Brecher made some new friends, he started going out to music venues, taking pictures on his phone. He was now a photographer. A close friend gave him a camera since he was getting a new one. Now he could get a photographer’s press pass.

He became friends with the lead singer Mingo Lodge of “Big Boss Sausage.” Brecher began following the music scene, soon he was the photographer of the bands. This friendly symbiotic relationship supports his art and the art by the musicians.

He started following the Grateful Dead Band. He noticed some fans would sell all sorts of things at the shows. He designed bumper stickers to sell, he made some money and soon realized he could sell his art.

Becher’s grandmother gave him some good advice, “Jeremy, don’t let your talent go to waste.” He took this advice to heart. He began making Sculpty clay mushrooms necklaces. They looked like they were made of glass after he glazed them. In one year he made 7000 necklaces himself. He was working way too many hours to keep up with the demand. He had two stores, one in Woodstock NY the other in Haight Ashbury Street in San Francisco, California.

Brecher’s necklaces were featured on the back cover of Gypsy Rose catalog. This is a prime spot, everyone could see his mushroom necklaces.

A Quote from Andy Warhol “The idea is not to live forever it is to create something that will.”