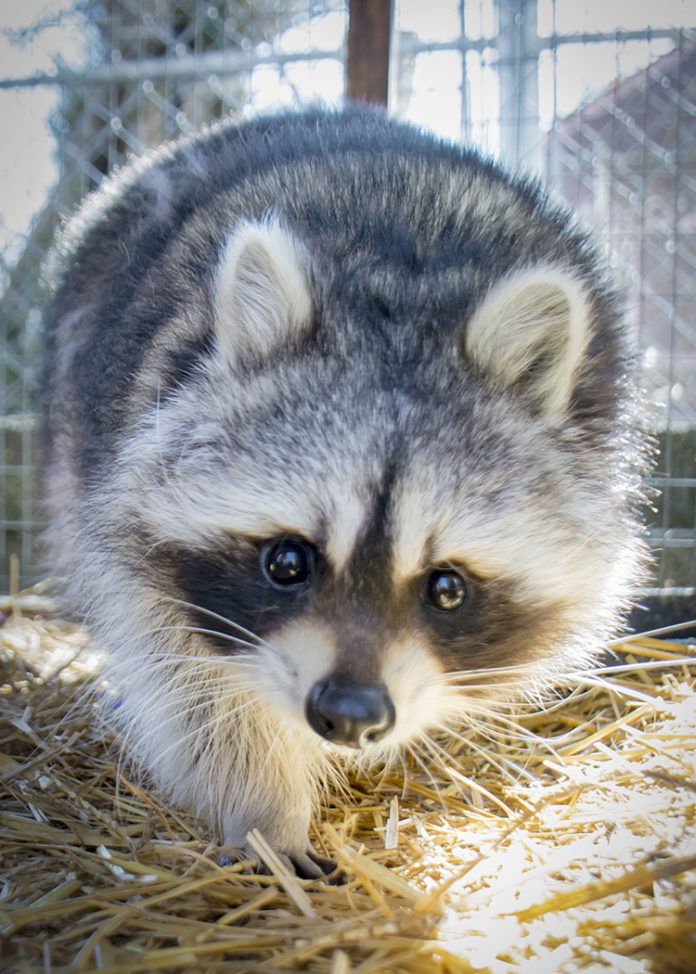 Steeped deeply within Native American traditions, as well as in modern American folklore and film, the raccoon is one of the most iconic, and often most misunderstood creatures of our woodlands.

Though they have been either deliberately or accidentally introduced to other countries including Germany, Japan and Russia, the raccoon is native only to North America.

They made their first appearance here some 20 million years ago. Since then, it seems people have struggled to describe their place within the animal kingdom. Indigenous Americans often associated them with bears, Columbus compared them with dogs, seventeenth century French Jesuits called them chat sauvage (wildcats) or worse, raton laveur (washing rats).

It was not until 1780 that naturalist Gottlieb Storr differentiated raccoons from bears by assigning them their own genus, Procyon. Today we have largely settled on the humorous, albeit highly inaccurate nickname, trash panda.

Contrary to popular belief often perpetuated by cartoons and movies, raccoons do not wash their food. This belief is compounded by their scientific name Procyon Lotor. Lotor being the neo-Latin word for washing. Raccoons do douse their food in water, not to wash it, but to “see” it.

Raccoons have sensitive forepaws with a layer of thick skin to protect them. This skin becomes pliable when wet allowing a raccoon to “see” their food with their hands while keeping an eye out for predators.

As sensitive as a raccoon’s paws are, they are not unique; in fact, a human’s hands are more sensitive. What makes their sense of touch so acute is, nearly two-thirds of the area of a raccoon’s brain responsible for sensory perception is specialized for the interpretation of touch.

Raccoons are smart, but what makes them so successful is their adaptability. Dr. Suzanne MacDonald, an animal behaviorist from York University puts it best, “Raccoons, if you put something down that they’ve never seen before, the first thing is to grab it.

So they have, instead of this trait to be afraid of things, which is called neophobia, which just means “new phobia”, they have neophilia, which means that they like new things and they will actually approach and investigate them.”

Habitat destruction, deforestation and land fragmentation have not been kind to many animals, and we have witnessed a dramatic decrease in populations. So adaptable is the raccoon that, they along with coyotes and crows are some of the only animals in which there has been a population increase, especially in urban settings.

So, while they may beat your raccoon proof garbage can or raid your bird feeder, take a moment to appreciate what a unique and amazing animal raccoons really are!