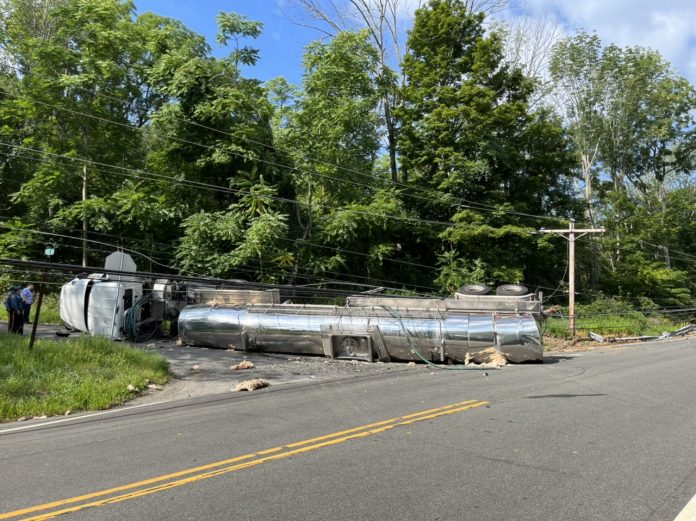 An overturned tractor-trailer in Frelinghuysen this week knocked out power to a large swath of town and forced the closure of Route 94 for several hours.

According to New Jersey State Police, the truck was traveling northbound on Route 94 in Frelinghuysen near Mott Road around 10 a.m. Tuesday, August 9th, when the driver lost control. The tanker, which was carrying more than 12 tons of non-hazardous soda ash liquid, struck a utility pole and overturned, blocking portions of both roads.

The accident knocked out power to more than 700 customers, mostly in Frelinghuysen and neighboring Fredon in Sussex County, according to Jersey Central Power & Light. Despite heavy damage, JCP&L crews were able to restore power by 2 p.m.

Route 94 was closed for about five hours as a result of the accident, which drew responses from the Blairstown Fire Department, the Blairstown Ambulance Corps and the New Jersey Department of Transportation.

While the accident is still under investigation, the driver has been issued a motor-vehicle summons, according to the NJSP.