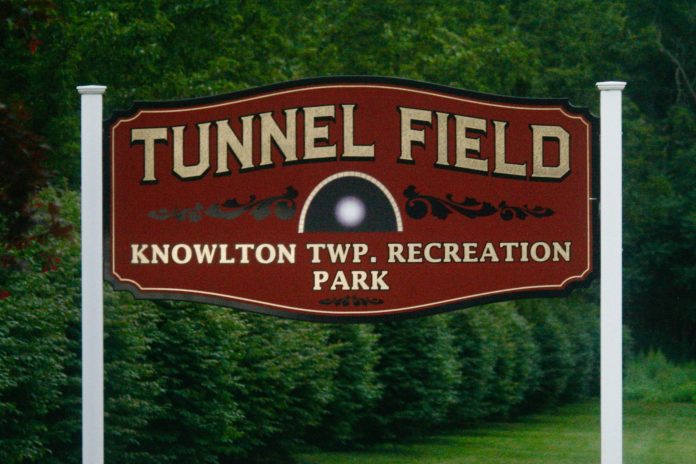 Beyond the well-groomed athletic fields, the pristine picnic areas and the immaculate playgrounds, the bathrooms at Tunnel Field continue to be a headache for town officials, and recent incidents of vandalism and abuse have added to the problems.

Deputy Mayor Debra Shipps, at a recent Township Committee meeting, said that during a recent league volleyball game, the bathrooms were left “disgusting,” with deliberately stopped up drains and urine everywhere it shouldn’t be, throughout the facilities.

Shipps said there were many people in the park that evening unrelated to volleyball who had access to the bathrooms, so there was no way to specifically point to the offenders. The bathrooms are generally open when an organized team activity is going on.

The volleyball team has asked to have the bathrooms open during their games, and town officials would like to find a workable plan, Shipps said.

A previous plan that had coaches open and close the bathrooms during their activities did not always work so well, Mayor Adele Starrs said. Too often the bathrooms were left unlocked after events.

Starrs asked if porta-potties could be a viable alternative as they are regularly serviced and cleaned, but that they would also incur a fee.

Reopening the concession stand at the park could be an effective alternative, Starrs said. The revenue from the stand could pay for the repairs and maintenance of the bathrooms, she suggested, with the bathrooms open when the stand is open.