“What is that AWFUL smell?” Please Understand it’s Likely the Gardners Best Friend – a Skunk 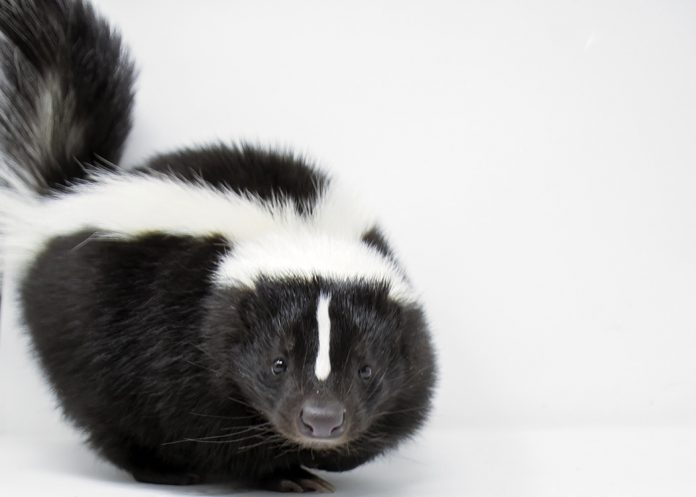 What is that AWFUL smell?

That is how most people are introduced to skunks, long before they ever see them. Granted, there are times that they do not smell like roses but there is far more to know about one of the cutest and most fragrant creatures in the wild.

Most animals depend on stealth, speed, or keen senses to defend themselves. Skunks have short legs that are not conducive to running, not very well camouflaged, have poor vision, yet they amble around in the open without a care in the world and predators leave them alone. One could say their reputation proceeds them as predators have learned if they attack a skunk, they are going to witness firsthand one of the best, long lasting and most unpleasant defenses in nature.

When a skunk is being chased by an animal that it cannot see, it sprays a cloud of foul-smelling droplets in the air that the predator must run through which is usually enough to end the chase. When a skunk is cornered the spray is released as a stream directed at the predator’s face. A skunk can accurately spray from up to 10 feet away! Not only does is it highly pungent, but it will cause the eyes of the predator to burn, giving the skunk plenty of time escape.

Spraying is usually the last resort for a skunk mostly because it can take over a week for a skunk to fully replenish the spray. Before this, a skunk will give several warning signs. First, he will try to run away. If that is not possible, he may fake charge or hiss and growl. Finally, a skunk will stiffen his front legs and stamp its feet, that is the final warning sign. If none of that works, the skunk will lift its tail, bend its body in a U shape with both head and tail facing the threat and then spray.

Skunks mate between February and March and give birth in a den between April and June. The average size of a litter is 5-7 kits which are born blind and have very little fur, yet their unique black-and-white pattern can already be seen on their skin. After about 3 weeks their eyes will open and in about two months the babies are joining their mother on hunting trips.

Skunks can dig their own burrows but will usually only do it if they cannot find an empty one. They prefer to use abandoned groundhog burrows or will even find a nice warm corner under a building.

They are a gardener’s best friend. Though they are omnivores it is estimated that around 70% of a skunk’s diet is made up of insects like grasshoppers, beetles, and grubs. They will even eat scorpions and poisonous snakes and are basically immune to snake venom.

So, the next time you see a skunk, instead of holding your nose and saying “ewww”, appreciate them for how unique they are and all they do for us…just do not upset them!