North Warren Softball: Into the Eyes of A 17-5 Team 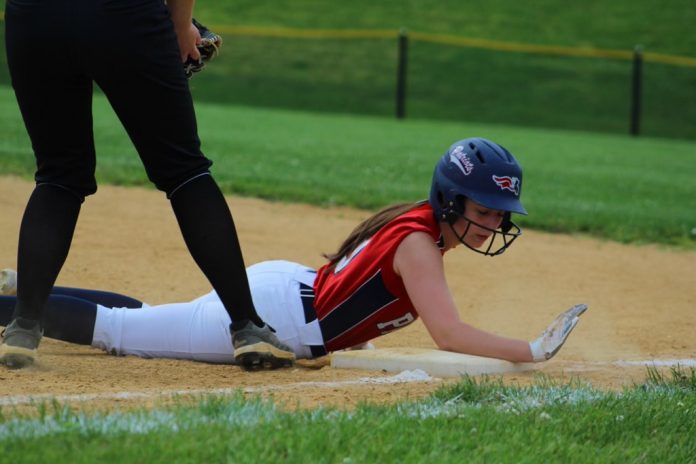 North Warren’s Softball Team hasn’t always had the success that this year’s team had. In 2019, the team finished 7-15 while in 2020, the season ended before it even started as a result of the COVID-19 pandemic.

Now, to finish 17-5 is an amazing season for any team, but to do it with some of the greatest players to play at North Warren for Head Coach Dan Delany is a much different story.

A good team always has to revolve around strong pitching and a catcher that can control the game at their team’s pace. Senior catcher Olivia DiGuiseppi and Junior pitcher Amber Snyder were just that for the North Warren Patriots in 2022.

DiGuiseppi batted .592 for the season and drove in 33 RBI’s (Runs Batted In). DiGuiseppi not only helped Snyder control the pitching side of the game, she was on base more than half the time which allowed the girls behind her to drive her in.

“She was a great team player because we needed her at 3rd base as well as behind the plate,” said Coach Delany. “A really unselfish player that just was a big part of our team.”

Snyder had struggled in 2021, allowing 82 earned runs in 118 innings pitched, but that didn’t deter her from working harder during the offseason to earn the starting role on the team. Snyder continued to show that she will be the ace of the team throughout the season posting a 2.29 ERA (Earned Runs Average) with 43 earned runs in 131 innings pitched.

“She was really consistent, ended with a record of 17-4, and even batted .375,” said Coach Delany. “With her ERA on a team that was probably scoring 8 runs a game, we were able to win games.”

The Seniors on the team were mentors for the younger girls by being leaders and teaching them skills that, through experience, the Seniors had learned themselves.

“The younger girls looked up to the Seniors with great respect,” said Coach Delany. “For example, [Senior] Madison Passeler always played with no quit which the younger girls want to take next year and use themselves.”

The team has many returning players that will be key pieces in returning to a strong winning record. Coach Delany knows that next season will be tough since the team was moved to a tougher division, but the team will be returning 6 starters from this season.

“This season when we played 4 of those teams, we won 2 games and lost 2 games,” said Coach Delany. “I think we’ll continue to be competitive, maybe not 17-5 again, but definitely a team that will give other teams a challenge in every game.”

The Patriots look to continue their success as they move forward into the 2023 season, and the team will not forget how hard they worked to create a season that can be remembered for a long time.

Senior Anna Evans diving back into 1st base. / Photo courtesy of katswistakphotos, 2022