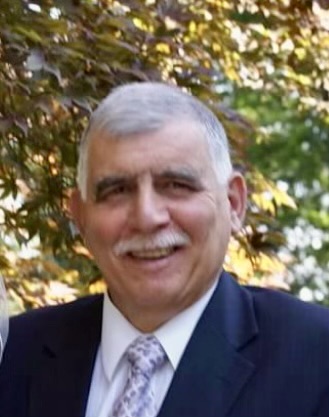 James Santoro, 76, passed away peacefully at home on April 28, 2022. He was born on April 14, 1946, to Joseph and Eleanor Santoro and grew up in Newark and West Orange, graduating from West Orange Mountain High School. He moved in 1979 to Knowlton Township with his family and was currently living for 5½ years in Belvidere NJ.

Jim was an avid hunter and found joy in the outdoors and riding his motorcycle. He worked in construction for many years and owned the Hope Market for seven years.

He is survived by his wife, Linda of 51 years and his much-loved twin daughters, Stacy Santoro Binstock (John) and Kimberly Santoro, as well as his cherished grandchildren, Jack, Evelyn, Grace, Emilia, and Andrew. He also leaves behind his brother Joseph (Maureen) as well as many family and friends.

Following his wishes, funeral arrangements will be private through Newbaker Funeral Home, Blairstown, NJ. In lieu of flowers, donations can be made to Karen Ann Quinlan Hospice, 99 Sparta Ave., Newton NJ 07860.