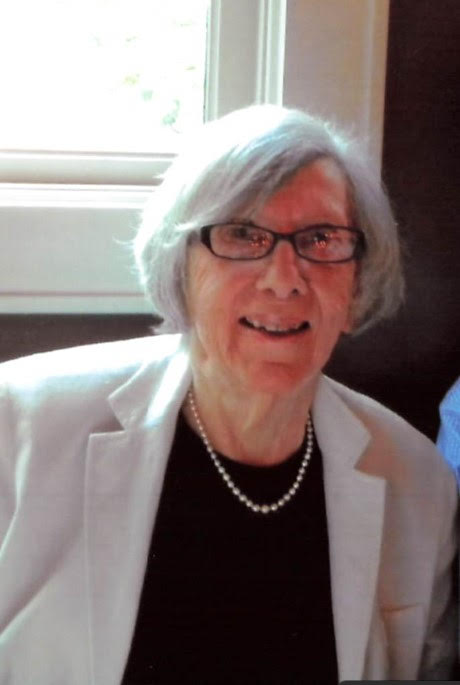 Adele was born and raised in North Bergen, N.J. to the late Frank Morano and Josephine Morano (nee Simeone), where she resided until relocating permanently to her second home in Blairstown, N.J. in 1997, where her and her husband had spent countless happy weekends and summers with their children since 1968.

Adele was a 1944 graduate of Union Hill High School in Union City, N.J. and a 1948 graduate of Jersey City State Teachers College (now New Jersey University), where she earned her K-8 teaching degree. She taught at McKinley School in North Bergen, retiring after 10 years to focus on raising her growing family. Adele was an avid reader and devout subscriber to the New York Times; she loved fashion, design, and traditional Italian cooking — especially preparing weekly Sunday dinners for her family.

She was predeceased by her husband of 61 years, Frank (2018), her sisters Phyllis Heu and Erma Cardiello. She is survived by her sister Jean Parker of Dunedin Florida, children Peter Arena (Beth), Susanne Laban (Bill), Joseph Arena (Olivia) and Francis Arena (Emily), and grandchildren Nicholas Arena, Levi, and Paige Arena.

A special thank you to her caregiver, Lida Veshaguri, who patiently and lovingly cared for Adele, as well as Karen Ann Quinlan Hospice for their support.

A visitation will be held on Thursday, June 23, 2022, from 10-11:30AM with a funeral liturgy at 11:30AM at Newbaker Funeral Home, Blairstown, NJ. Interment will follow the service at Cedar Ridge Cemetery, Blairstown, NJ.