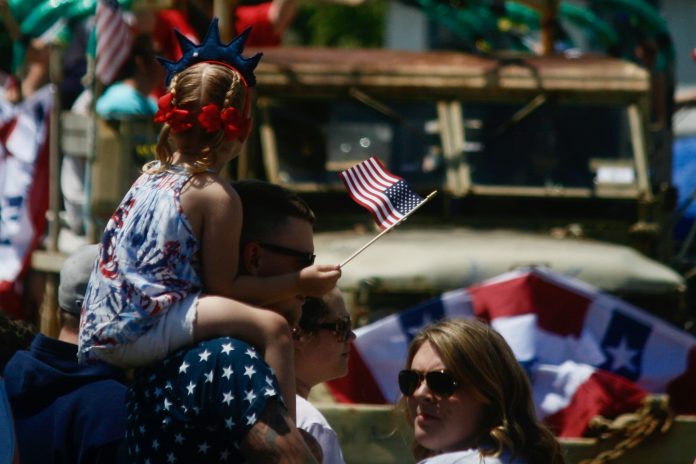 They came, they saw, and they say they’ll return. Representatives of the Frelinghuysen community took part in the first Blairstown Memorial Day parade not plagued by pandemics or bad weather in several years.

“I would like to personally say it was an honor and privilege to be a part of this ceremony,” said Frelinghuysen Mayor Keith Ramos. “On behalf of Frelinghuysen community and our residents, I would like to personally thank the Blairstown committee, their community and all those involved with putting on a wonderful event honoring the men and women who gave everything to protect our country and its freedoms. As well as those who currently serve.”

Ramos said he had not been to the parade for a number of years, largely because of the disruptions to the event cause by several years of stormy weather, and the Covid-19 outbreak. He said he was honored to be invited this year and that Frelinghuysen would play a greater role in the parade in the future.

The Givens-Belet American Legion Post 258 has hosted the parade for decades. Held on the last Saturday of May, the parade serves several communities surrounding Blairstown that don’t have the population or resources to stage their own parades.

The 2022 parade began at Cedar Ridge Cemetery in Blairstown, where a memorial ceremony is traditionally held each year.

“The ceremony was a wonderful beginning to a day of recognition of our fallen soldiers,” Ramos said. “There wasn’t a dry eye. It was a great day.”