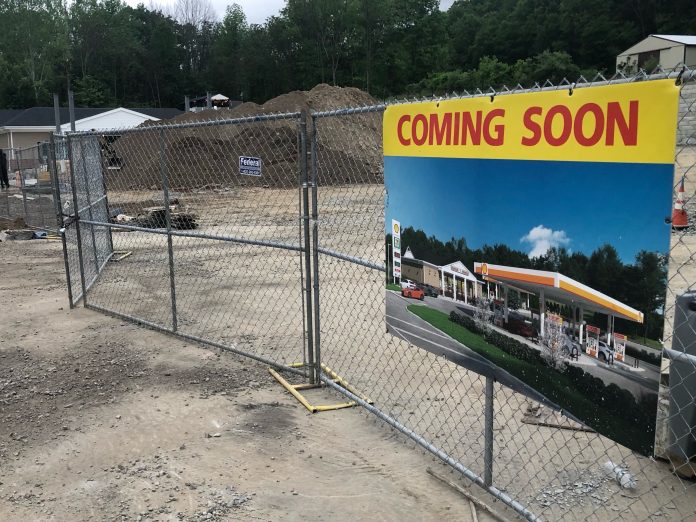 The distinction is of concern to the Knowlton Township Committee, which is seeking to get a handle on what is already becoming an issue as the massive warehouses proposed in White Township and nearby Mount Bethel, Pennsylvania, inch toward reality.

The warehouses are expected to bring increased numbers of trucks to sleepy Route 46 in western Warren County. And where trucks go, so go truck stops. With one truck stop already completed on the site of an existing gas station, and one on the way at a disused gas station, as well as the long-time truck stop off Simpson Road, further expansions have concerned many Knowlton residents.

“We have five gas stations in Knowlton,” said Mayor Adele Starrs. “That more than meets the needs of the township.”

Until Route I-80 slashed its way across Warren County in the early 1970s, Route 46, which roughly parallels I-80 through New Jersey, was one segment a major cross-country highway route. Lined with gas stations, motels, restaurants, bars and other attractions, the fate that befell highway businesses was much the same as that of many other highways and towns bypassed by the Interstate Highway System.

Though a few businesses have survived—even thrived, like Hot Dog Johnny’s in Buttzville—many business succumbed as the highway traffic literally disappeared overnight. The shells of a few of these shuttered businessess can still be seen along the highway.

But with the coming of the warehouses, Route 46 along its western-most section, is expected to again become a high-density highway, but this time made up mostly of trucks.

“The traffic is expected to bring up to 15,000 vehicles a day to Route 46 through Knowlton,” Starrs said, according to county and state planning authorities.

While there is not much the township can do about traffic levels on state and federal highways like Route 46, the township can at least minimize the proliferation of truck stops along the route.

“We want to be proactive,” Starrs said. The number of trucks idling within the township could increase if more pumps are installed to service trucks.

While state zoning laws say that generally businesses “intensify” an existing building may not need a variance and only the submission of a site plan, the definition of “intensify” is subject to interpretation.

That is why the township will be exploring ways to control continued expansion.