Venomous Snakes – Things We Should All Know Now 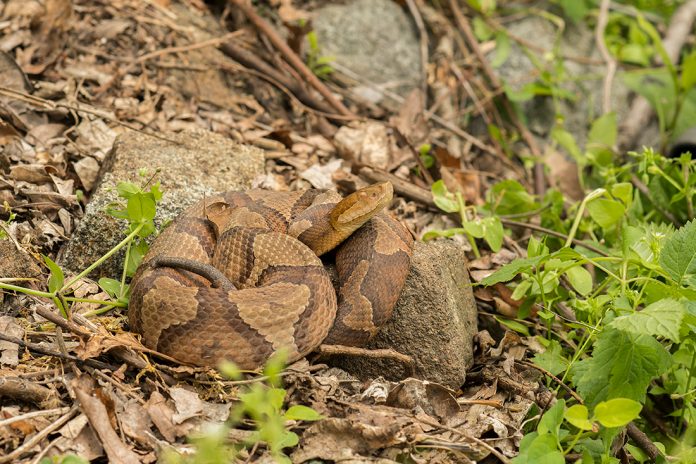 There are a number of different types of snakes in our area. The two that are venomous to humans are the Timber Rattler and the Copperhead. In the spring the snakes emerge from their dens. They like rocky areas for their dens, so the Kittatinny Ridge is a prime habitat for snakes.

We are nearing the start of the snake’s emergence phase. The emergence phase can start in early April and continue through May. Both gravid (pregnant/with eggs) females and males and non-gravis females begin to move, shed, and forage for food beginning in the May timeframe.

Looking at the two charts, the months of June – August (are when) the snakes are active, and this is the time to be vigilant. The following charts show the seasonal cycles.

As they begin to forage for food and to mate, they move into areas that are inhabited by humans. It is  important to be aware of your surroundings and alert for any snakes in the area. This is especially true if  you are hiking in the woods.

All snakes are beneficial to our environment since they are an important player in the population control of mice, voles, insects, etc.

It is illegal to kill, harm, harass, handle or collect ANY of New Jersey’s snakes  (and their parts) under the NJ Endangered and Nongame Species Conservation Act.