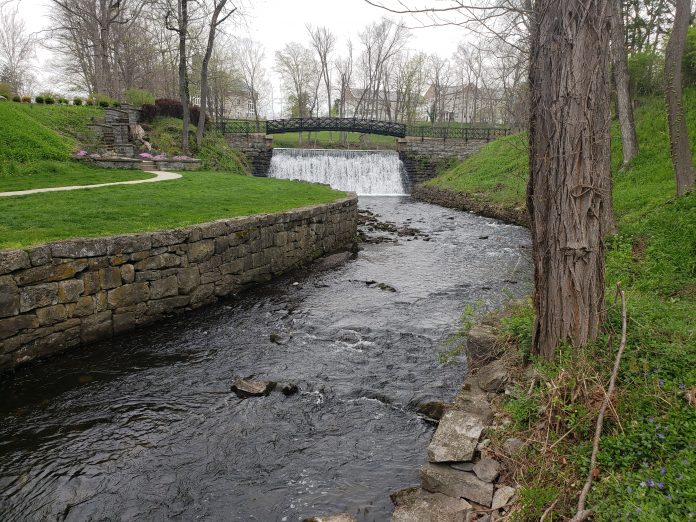 On May 11th the Blairstown Township Committee voted with a 3-2 majority to approve the 2022 municipal budget, which brings a $450 tax increase to the average property owner.  The vote took place following an animated public hearing where Blairstown taxpayers raised questions and concerns regarding this year’s tax bill.

The first resident to speak, Joe Rich, asked the Township Committee for a budget break down. “The public deserves an explanation”, stated Rich.

Blairstown Auditor John Mooney reiterated the township’s financial situation. He described that after years of balancing the budget off of the NJ Energy Receipts Tax afforded to the township by Yard’s Creek, the stagnant State Aid is no longer the financial savior it used to be. When the township’s savings began to run dry, a municipal tax was introduced.

Under the 2022 Municiple Tax Budget, $767,375 is devoted to Capital Projects. “We are finally being fiscally responsible with our spending,” stated Mayor Robert Moorhead.

Resident Wayne Dixon asked the Township to take a closer look at its Capital Fund allotment.

Dixon pointed out, “I noticed that every single year, we’re spending $76,000 to buy a new police car. We have eight vehicles lined up back there— some old, some new. Is that totally necessary? Can we buy one every other year?”

According to Committee member Charles Makatura, the short answer is no.

“When you take a patrol car out…that car runs for the entire shift, you don’t shut them off. There’s so much electronics in them now you can’t shut them off, they’ll overheat. They don’t have the lifespan that an ordinary automobile may have,” said Makatura.

Dixon then moved on to question open space and historic farmland preservation. In 2022, nearly $170,000 will go towards the acquisition and protection of undeveloped land.

“We take tax dollars, and we go out, buy a piece of land…And the first thing that happens with our property is that it comes off the tax rolls. So, the taxpayer has put tax dollars up front, and they lose the tax revenue on the back end. That doesn’t sound like a really good idea,” said Dixon.

Mayor Moorhead disagreed with Dixon on the value of these types of investments.

“You will always get pushback from me if you’re gonna question open space…the most valuable thing we can do for generations to come is to preserve what we have. And that is our open space,” said Moorhead.

Blairstown resident Rita Gross stood up and stated, “But we have so much property in Blairstown, but we still have no place to walk.”

She continued, “We have Sycamore Park, we have Footbridge Park – which is underwater half the time, and we have no walking trail.”

The Mayor assured Gross that two new pieces of open space – the property across the street from North Warren Regional High School and the stretch of farmland between First Hope Bank and the Blairstown Dairy, would both host a one mile walking trail.

At the conclusion of the public hearing, a vote was taken. Mayor Moorhead, Deputy Mayor Walter Orcutt and Committee member Makatura voted in favor of adopting the budget. Committee members Joanne Van Valkenburg and Debra Waldron voted against it.