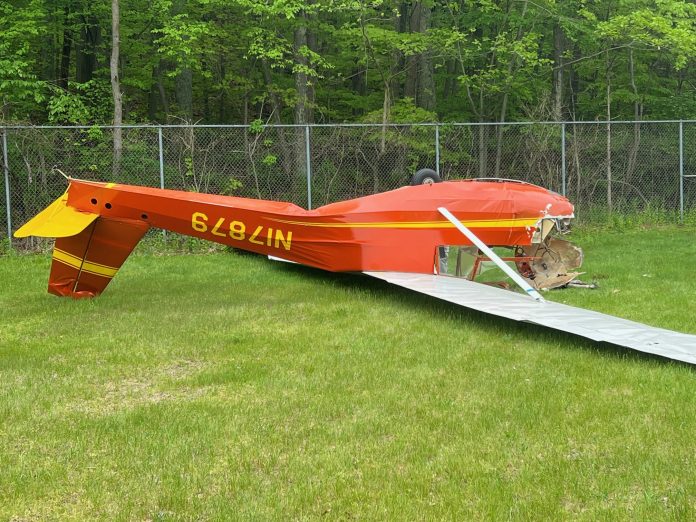 Around 2:30 p.m., Sunday, May 15th, a glider in final landing approach at Blairstown Airport, crashed short of the runway. Despite the efforts of the Blairstown police, fire and EMT responders, soon on the scene, the pilot could not be resuscitated.

The deceased was a 70-year-old resident of Ho-Ho-Kus and student of Jersey Ridge Soaring on his second solo flight of the day.

Observers of the accident reported that a wing of the plane seemed to clip a prominent tree on approach causing it to rotate and drop nose-first to the ground. The glider crashed inside the township owned, fenced storage area across Lambert Road opposite the airport runway.

In an email reporting the tragic event, Kevin Martin, owner of the glider operation said the student had begun learning to soar with them in 2021 and first soloed in November. He was well known and liked around the airport, and drew great joy from his flying, learning, and interactions with his fellow pilots.

Martin said he was a conscientious student who took his aeronautical education very seriously and often participated in the winter online ground school and glider simulator training.

The causal details of this incident are unclear. The NTSB is investigating.