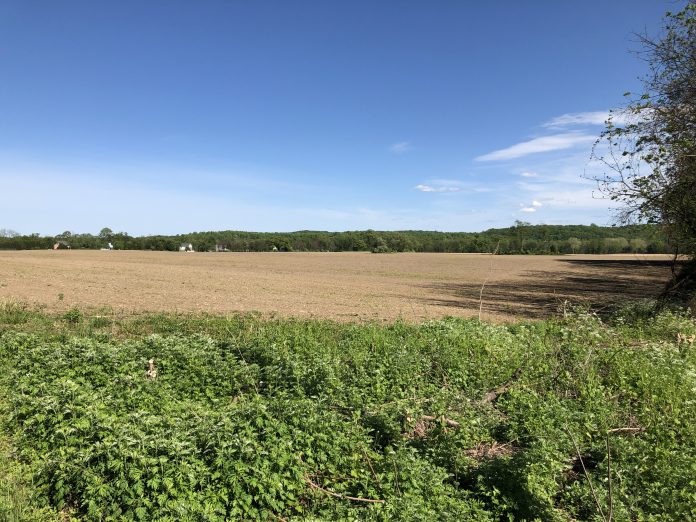 Blairstown farmland to become a public garden in 2023.

Farm Meadows Community Park, a hub for tranquility and culture, will be established in Blairstown within the following year. The park will be governed by the Farm Meadows Park Advisory Committee, which will operate under the Town’s Open Space Committee.

Soon to be located in the stretch of farmland between First Hope Bank and the Blairstown Dairy, this piece of protected open space will host walking paths, extensive horticulture and opportunities for artistic exhibition.

Spearheaded by Rosalie Murray and Monika Hamburger, local residents with an affinity for gardens and design, plans for the new park envision a large walking path that would edge the 62 acres with intimate lanes branching from the main path.

These smaller adjoining paths would be lined with flowering trees and lead to attractions such as a children’s garden, a decorated pergola or a water feature. The entire park would be a botanical garden containing native plants of all varieties.

Murray and Hamburger imagine a space dedicated to lifetime sports: tennis, badminton and handball. Blueprints for the Park feature open areas for kite flying, Tai Chi, and family picnics. They plan for stone tables and chairs to be scattered around the property for card games, chess and checkers.

The two ladies are looking for local contributions—  local artists to display their work and musicians to play throughout the day.

“The park will be a celebration of our community,” explained Hamburger.

Murray added, “There’s a lot of very talented people in our community and we want to enlist them.”

The Farm Meadows Park Advisory Committee identifies four major sources of funding for this project. The first would be from community members – people who can lend expertise regarding architecture and construction.

The second would be the township Department of Public Works for the creation of a walking path.

The third is through grants such as the New Jersey Recreational Trails Grant or  Arbor Foundation Grant.

And finally, utilizing allocated open space funds, Blairstown’s 2022 Municipal Tax Budget sets aside over $169,000 for the preservation of open space and historic farmland.

“It is time to spend some [money] on a community park. Our Citizens need and deserve a reward which they can enjoy for the support they have given through the Open Space tax,” stated Murray.