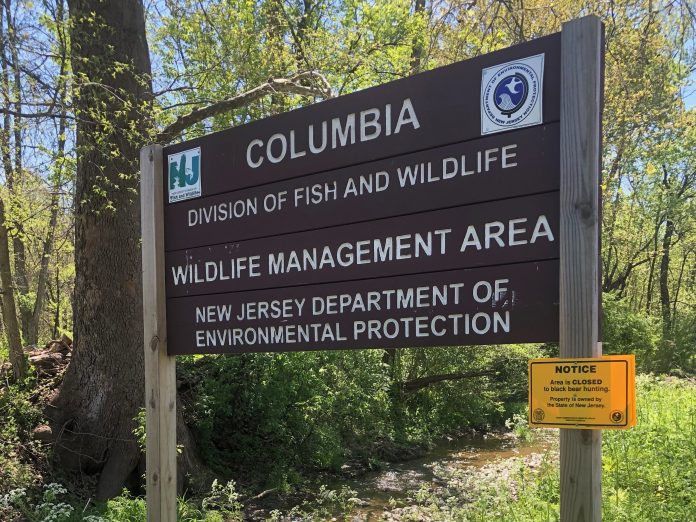 After being closed to the public since 2019, the Columbia Wildlife Management Area will reopen on May 16.

Knowlton Township Mayor Adel Starrs said Monday that she was informed by New Jersey Division of Fish and Wildlife that the 1,098-acre preserve would be open to the public following a multi-year project to remove the dam that created Columbia Lake.

Starrs said installation of new gates and other infrastructure will be ongoing, along with improvements to trails and other walkways. Responsibility for the management area falls to New Jersey Nature Conservancy, a non-profit organization that has coordinated the project along with the state Department of Environmental Protection.

The area around the Columbia Dam has been restricted since June of 2018, when the Division of Fish and Wildlife began drawing down the lake for the removal of the 18-foot-high dam. The 43-acre lake was gradually emptied to allow the removal of the structure. The lake, which stretched up the Paulins Kill for about a mile-and-a-half, became a memory within a year.

The area around the lake was restricted to allow for stabilization of the riverbanks and the reestablishment of vegetation in what had been the bottom of the lake.

Built in 1909 by the Warren County Power Co., the drop at the dam provided electric power for the surrounding area as well as a source for ice harvesting in the days before mechanical refrigeration.

The Warren County Power Co. was absorbed by New Jersey Power and Light, which decommissioned the power plant at the dam, eventually conveying the lake and surrounding acreage to the State of New Jersey. The power plant was fired up again by an independent power utility in 1986 but was shut down for good in 2016.

According to the Nature Conservancy, the lake became stagnant and blocked the natural migratory routes of a number of fish species.

Within a year of the dam removal, American shad were spotted in Blairstown, nine miles north of the dam site, according to Barbara Brummer, director of the New Jersey chapter of the Nature Conservancy. Brummer said this was a major step in restoring the Paulins Kill to its natural state as a spawning ground for the shad as well as other migratory fish species.

The removal of the dam and the restoration of the river to its natural state is expected to start a domino effect that will benefit wildlife throughout the waterway as other animals on the food chain respond to the returning natural environment of the river’s ecosystem.

American shad spend most of their time in the Atlantic Ocean and head inland during spring, travelling up to hundreds of miles along rivers and tributaries. The shad found in Knowlton and Blairstown would have started their journey in the North Atlantic and made their way to the Delaware River. Then a right turn at the Paulins Kill with clear sailing at least as far as Blairstown.

The shad habitat is expected to expand with the removal of the Paulina dam, east of Blairstown. Like the Columbia dam, the water powered generators supplied electricity to Blair Academy and much of the village section of Blairstown.