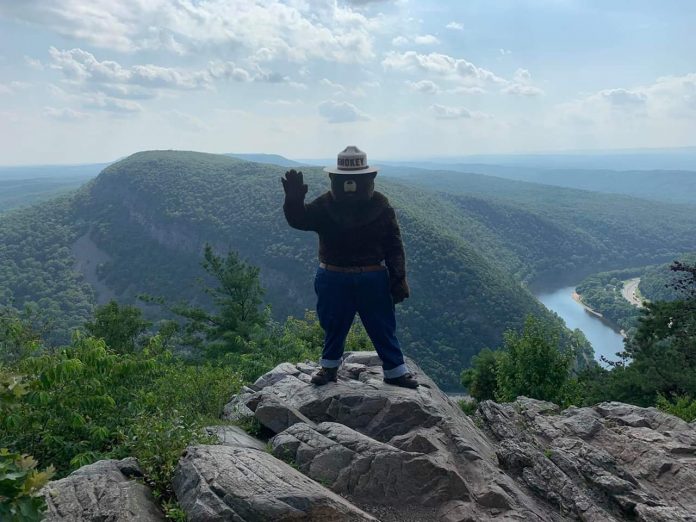 Despite the drizzle, adequate rainfall has been very low, and the State has called up retirees and part-timers to occupy the fire towers. According to Bob Wolff from Hardwick who is the retired Section 3 Fire Warden for the NJDEP Forest Fire Service, all fire towers are being manned 7 days / week in an effort to spot wildfires.

He reported conditions have enhanced the fire danger due to high winds predicted in the coming days and very low humidity. He said after what little rain we may be currently receiving in some locations, there’s only 1/10th of an inch expected until next Wednesday and then there’s only a 30% chance that that’ll occur.

Stationed more often high atop Catfish Fire tower in Hardwick on the Kittatinny Ridge, he’s witnessed that wildfires are occurring with greater frequency and posing more difficulty to contain. Trained forest firefighters are in short supply as many are fighting fires out West.