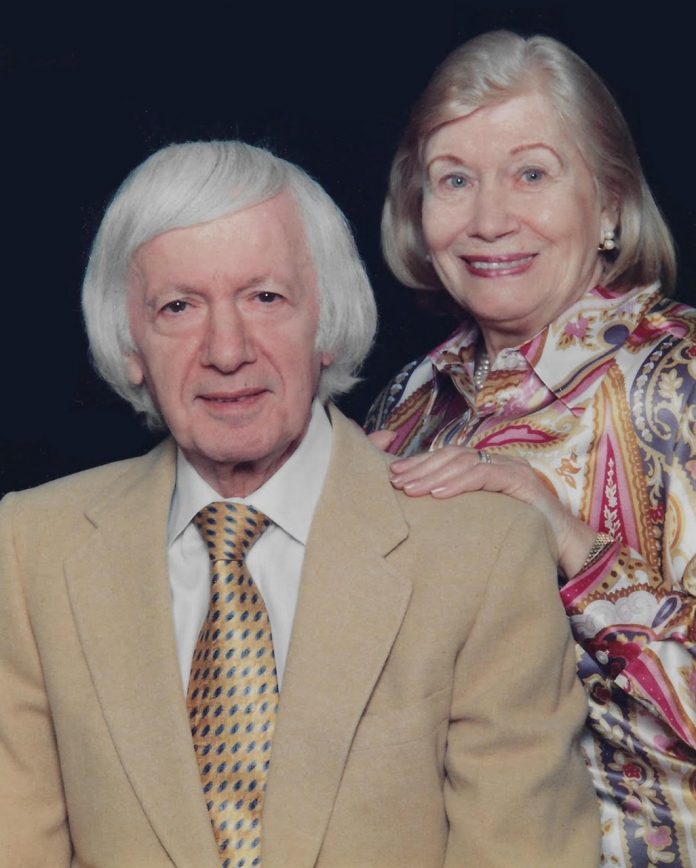 “Susan” was born in Driebergen, Holland, April 7, 1923, to Susanna Johanna Middeldorp Stroomenbergh and Jan Stroomenbergh.  She was predeceased by her husband “Burt” Halpern of 71 years.

Berthold “Burt” Halpern, 93 of White Township, NJ, passed into the arms of his Lord and Savior on February 9, 2020, at Barn Hill Care Center in Newton, NJ.

He was born in Germany, July 6, 1926, to Rabbi Felix Halpern and Hanna Gostinsky Halpern.  He is survived by his wife of 71 years, Susan Stroomenbergh Halpern.

As a young teen Holocaust Survivor, the extermination of all but one member of his family, set Burt’s life into motion to deal with overwhelming challenges, set-backs, worries, doubts and nightmares that would last his lifetime.  In 1938, Burt found himself on a Kinder-Transport set for the Netherlands, fleeing the events of Kristallnacht.  God’s Grace led him to Jan Stroomenbergh, Susan’s father, who was a leading member of the Dutch Resistance, and involved his entire family in the mission of saving as many Jews as they could.  Susan, also involved as a courier in the Resistance, at age 16.

Burt was placed with a Christian foster family who attended the same church as Susan and her family where “the son of a Rabbi” gave his life to Jesus. This event started a “71” year-long love affair and they truly were forever “soul-mates.” Though the ravages of war took so much of their lives, together they managed to find that forever love and strong determined faith, that bonded them and carried them through anything!

Burt and Susan immigrated to America in 1954.  As a skilled tailor, Burt became the Head Fitter at the prestigious Barney’s New York and became one of the most sought-after tailoring fitters of his craft. Susan created a loving home for Burt and their children. Susan was gifted with a beautiful soprano voice and performed many choral selections in their church. She directed Sunday School programs. Both Burt and Susan were always involved in local church missions.

In 1997, Susan was proud to accept a most prestigious Award. The Commission for the Designation of the Righteous, established by Yad Vashem, The Holocaust Heroes & Martyrs Remembrance Authority, on the basis of evidence presented before it, had decided to Honour, The Stroomenbergh Family, who during the Holocaust period in Europe, risked their lives to save persecuted Jews.  The Commission, therefore, has accorded them the Medal of the Righteous Among the Nations.  Their Family Name shall be forever engraved on the Honour Wall in the Garden of the Righteous at Yad Vashem, Jerusalem.

After moving to Belvidere in 1983, Susan had a passion to open a Dutch gift shop, which they called, A Touch of Dutch. There, together, they reveled in the love of their homeland and the many memories they left behind, but never far from their thoughts. Most of their customers were Dutch and so a trip to their store was like visiting family, where they were invited for tea at their home or fish on their property and hear about God’s Love.

“Our Mom and Dad,” have both traded in their Cross, for a Crown. How Joyful it is to know that they are reunited and in the Arms of Jesus, with fully healed bodies, minds, and souls.

Burt and Susan are survived by:

In lieu of flowers, donations may be made in memory of Susan and Burt to the Deacon’s Fund of the Knowlton Presbyterian Church.