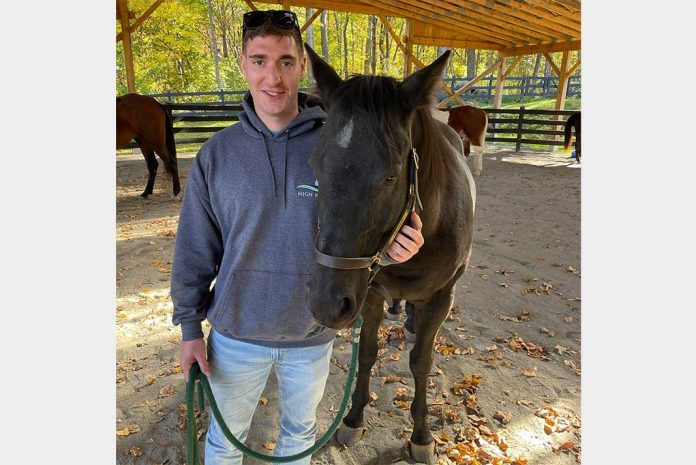 Michael was a witty, sensitive, thoughtful, kind and considerate young man.  He had a great charisma and unassuming charm.  To meet him was to like him.

He was a certified physical fitness trainer and was at home in the gym.  He was a student of philosophy and enjoyed reading classic novels. Mike was an expert snowboarder and skier.  He loved animals and being outdoors in nature.

Mike grew up in Blairstown but after college lived in Philadelphia, Vermont and Brooklyn.  He was a member of the NYC Rugby club and enjoyed playing rugby when work permitted,  While modest, he was a gifted artist.

Michael is survived by his parents, Melinda and Bruce Jones of Blairstown, his sister, Alison, of Philadelphia, his aunts and uncles Susan and Alan Mitchell of Fredericksburg, Virginia, and Eloise and Charles Raymond of Mt Bethel, Pennsylvania, as well as several cousins and extended family.

Our hearts are broken but we are comforted by the knowledge that he is in heaven.

In lieu of flowers, donations can be made in Michael’s memory to NBW 7th Tradition, his home support group in NYC (www.newbutwest.org/7th-tradition) or High Watch Recovery Center in Kent, CT (www.highwatchrecovery.org).