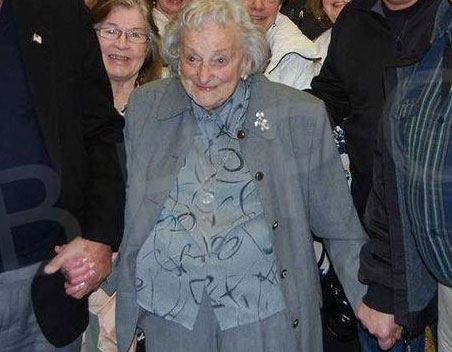 Blairstown celebrated Anita Ardia Remembrance Day on Feb 12, its fourth consecutive holiday since the formal proclamation made by previous Mayor Stephan Lance, in 2019.

Ardia was born in 1916 and passed away in 2016— at nearly 101 years old. A pillar of the community, she served as Blairstown’s first woman Mayor and Police Commissioner, sitting on the township committee from 1997-2002.

Ardia and the late Helen Hall, of whom Blairstown celebrates every September 26 for her community contributions, partnered to form the Blairstown Historic Preservation Committee in 2001.Together the two accomplished the placing of Blairstown’s historic downtown district on the National Register of Historic Places.

A week after her 100th birthday, the Warren County Freeholders honored Ardia with the Warren County Century of Service Award to recognize her commitment and passion towards township preservation and enhancement.